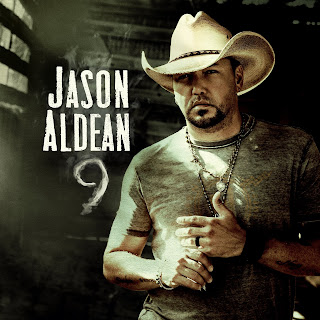 So as Rockgig's resident Country Music expert this album was casually tossed into my corner of Rockgig Towers. I tensed up, fearing it was one of those new breed of same-click-track-country-bands that all sound the same once - thankfully I saw it was Jason Aldean, and relaxed.

In case you don't know  Jason Aldean  has scored 23 Number One Country singles. He’s the only Country act in history to top the all-genre Billboard 200 four times (in a row, no less), racking up 14.4 billion streams and more than 18 million albums sold along the way.  This ain't his first rodeo!

I like my country on the rockier side (this is ROCKgig after all!) and in my experience Aldean has that side covered nicely.

In fact there's plenty on here for rock fans - Crunchy guitar riffs and melodies , some blistering guitar solo's and even a name check for Back in Black. For me, as the Good 'Ol Boy from Oxfordshire who's actually been on a pilgrimage to Nashville, I'm loving all of it.

..and there's a lot of it.  The first thing you notice is that this is a proper album - 16 tracks in all - not one for the pick-&-mix habits of the streaming millennials.

With that many tracks it's bound to be hard to keep the quality as high as opening track "Tattoos and Tequila" but, for the most part, Aldean does just that - and it gets better - having spent a few days with this album on repeat, it hit the ground running and has just got better with each play.

For some reason I now find unfathomable, I was going to list the final track "She Likes It" as a dip in quality.. but playing it again now, there's a solo in there that absolutely rips the speakers apart!

Stand out tracks - "Tattoos and Tequila", "Blame it on you", "We Back" and "Dirt We Were Raised On"

Not convinced? - try this :