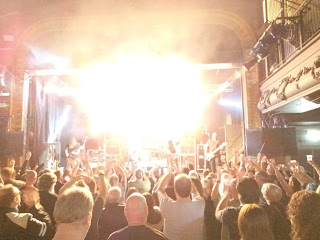 Well, after over 16 months since by last live gig I’m back at my favourite venue. I would be lying if I said I wasn’t a little apprehensive about going back to a crowded gig, but having weighed up the pros and cons decided I was going to attend. 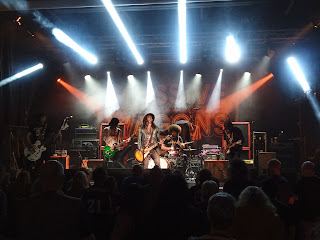 I arrived at the venue just after the start of Gorilla Riot’s set. I hadn’t not seen them before but it didn’t take long to realise they were a mighty fine band. They produce a rough grungy blues sound, and Arjun Bhishma did a great job fronting the band. I loved the whole set, but stand out tracks were Bad Son and Still Doing Time. I’ll be looking out for future shows. 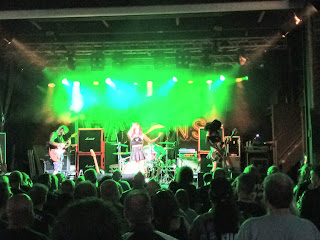 Next up were a band I’ve seen several times, Hands off Gretel, they opened up with Don’t Touch and Big Boy. There were a few minor sound problems through the set, but it didn’t spoil too much of my enjoyment. Freaks Like Us was brilliant and it seemed like time had flashed by when the set was concluded with Kiss Me Girl. Looking forward to seeing them again in the autumn. 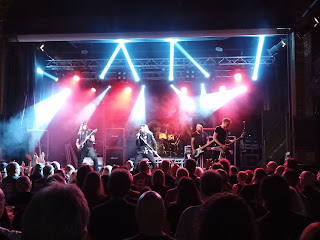 The evening was concluded by Massive Wagons. Intro music was start of Slade’s Rock n Roll Preacher, I’m old enough to remember that tour. This band are good time rock band, fantastic fun. You have to have a smile on your face when you sing The Curry Song. Everyone clapped and cheered throughout the set, but especially to Bangin’ in Your Stereo. The whole evening was brought to a great conclusion with Back to the Stack, a fitting tribute to Rick Parfitt. A great night out and let’s hope there are many more gigs to come in 2021.