Sometimes you don’t get what you think you’re going to get. I have to be honest I thought tonight was a Blaze Bayley Show. Totally my fault I should have read the details on the internet with a bit more care.  If that had been the case I may not have gone and I would have missed one hell of a great night of heavy rock.

First of the two  bands on stage tonight were Mental Circus entering with a slightly bizarre intro tape. Unfortunately singer Sanne Marico was not 100% well but she put on a brave performance belting out songs like Lethal Empathy, More to You and Into the Depths of Night. These were great Gothic influenced Rock songs with Yorgo Tsiafakis providing some great riffs on guitar. 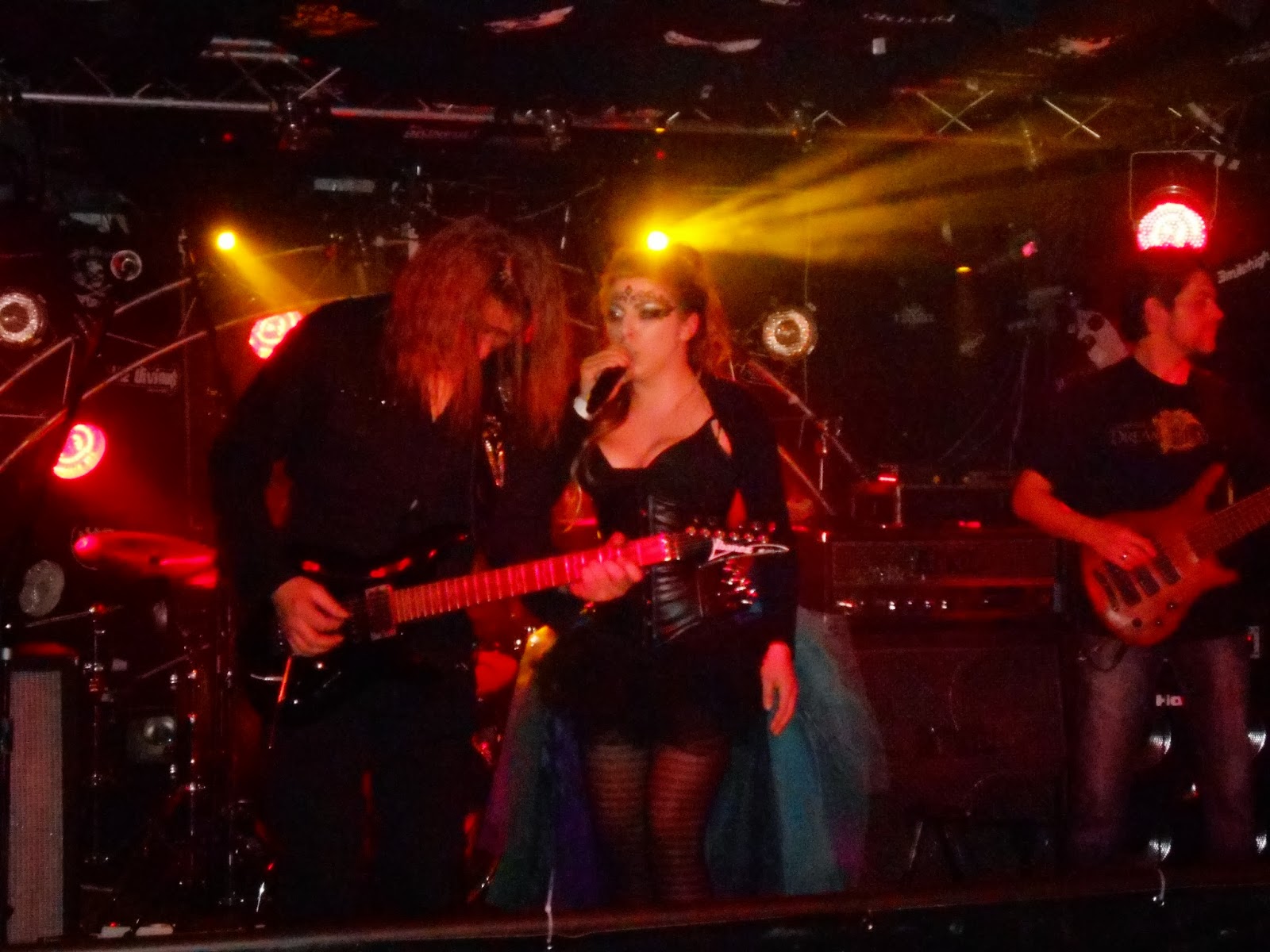 Check the CD out it has some great songs and some great artwork as well.

The main band tonight were Belgium’s Hell City fronted by Michelle Nivelle who along with the rest of the band put in a blistering performance with songs from their latest CD Demons to Rest including the latest download single Ice Cold Rage which was enjoyed by the crowd. Half way through the set Special Guest Blaze Bayley was invited up on stage to perform some Iron Maiden Classics with the band. Two Minutes to , Hallowed be thy Name, Man on the Edge and Fear of the Dark delighted the  crowd. Blaze was in full force and  gave a great rendition of these great songs, a real treat. 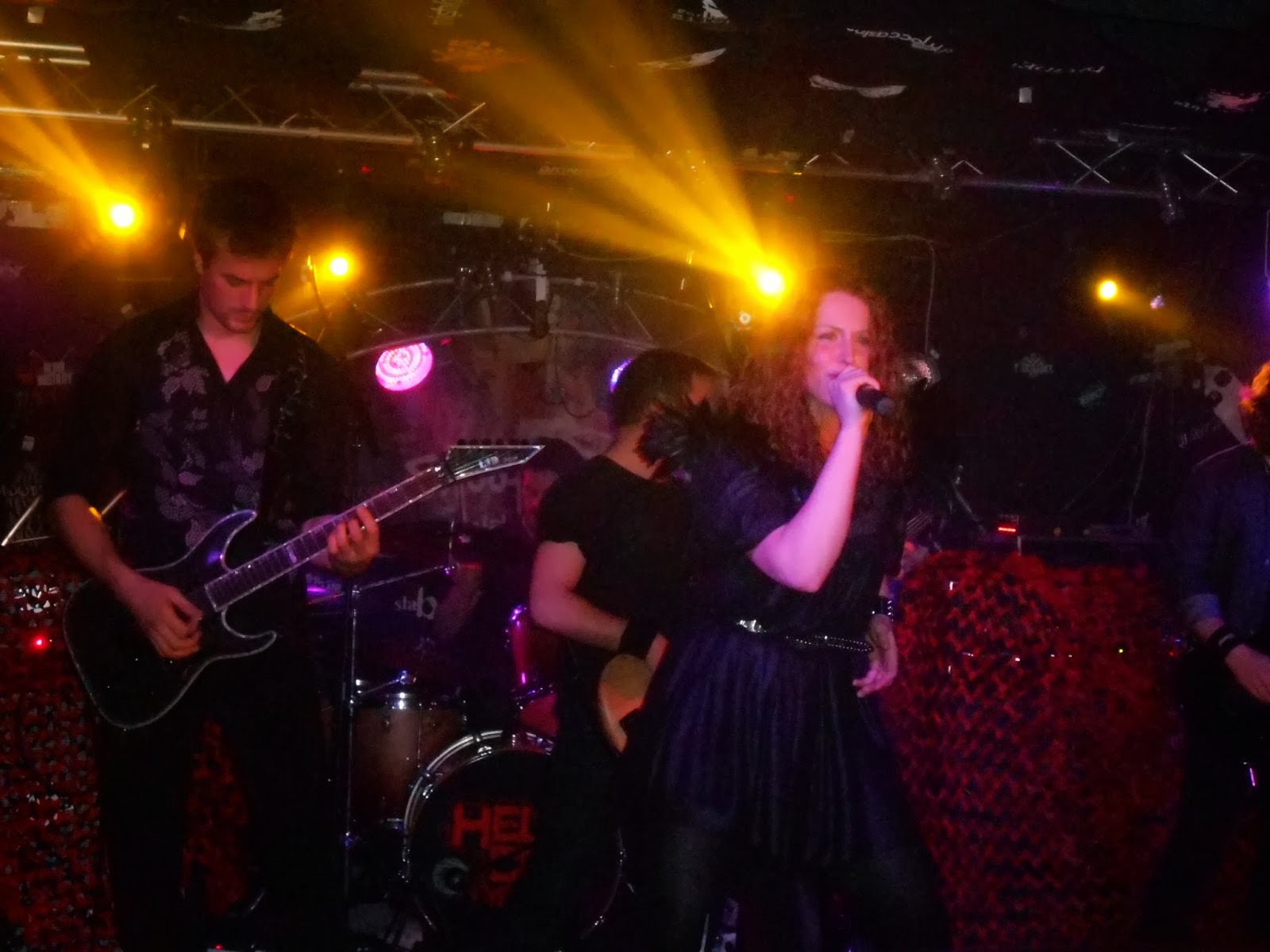 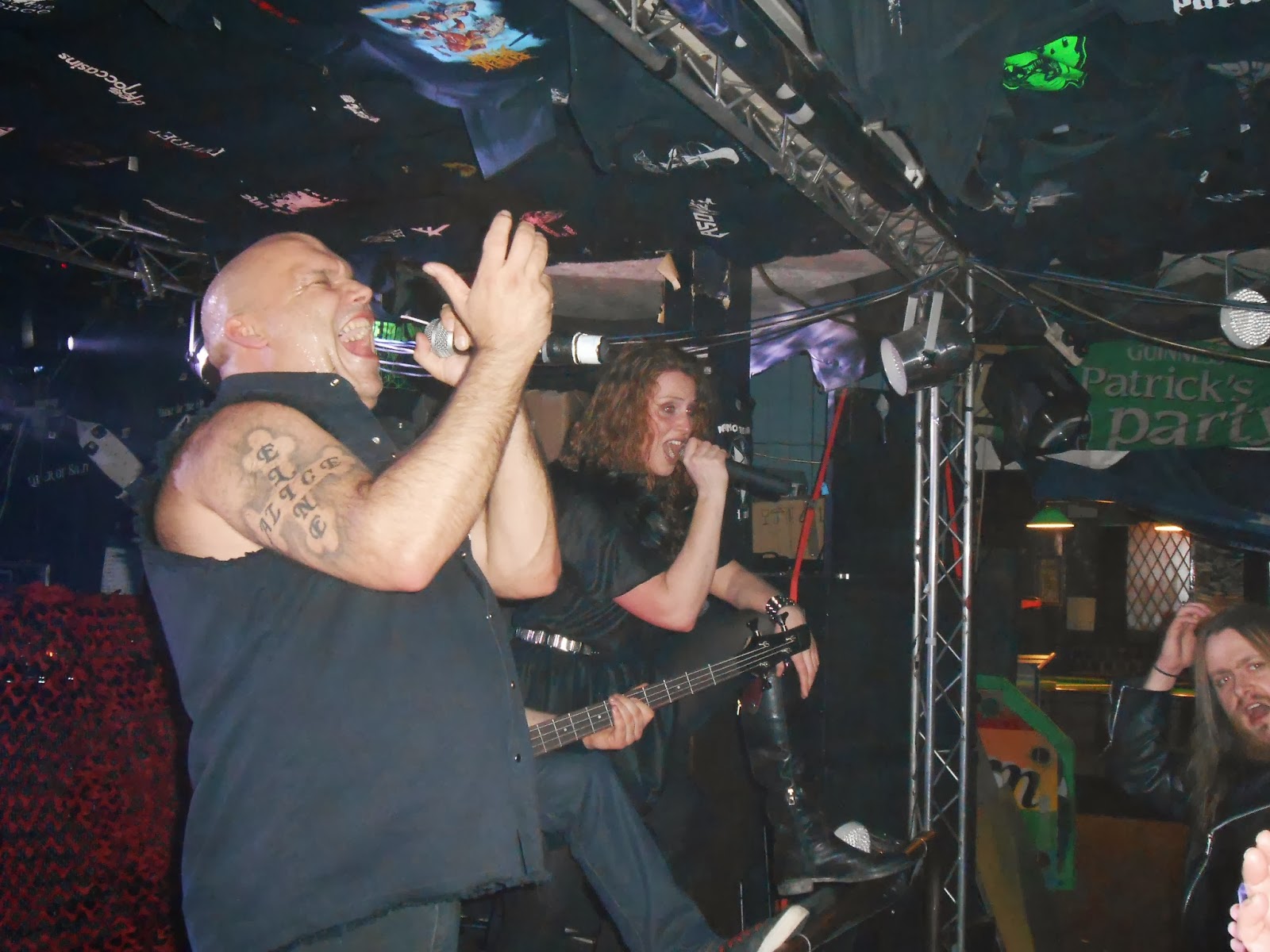 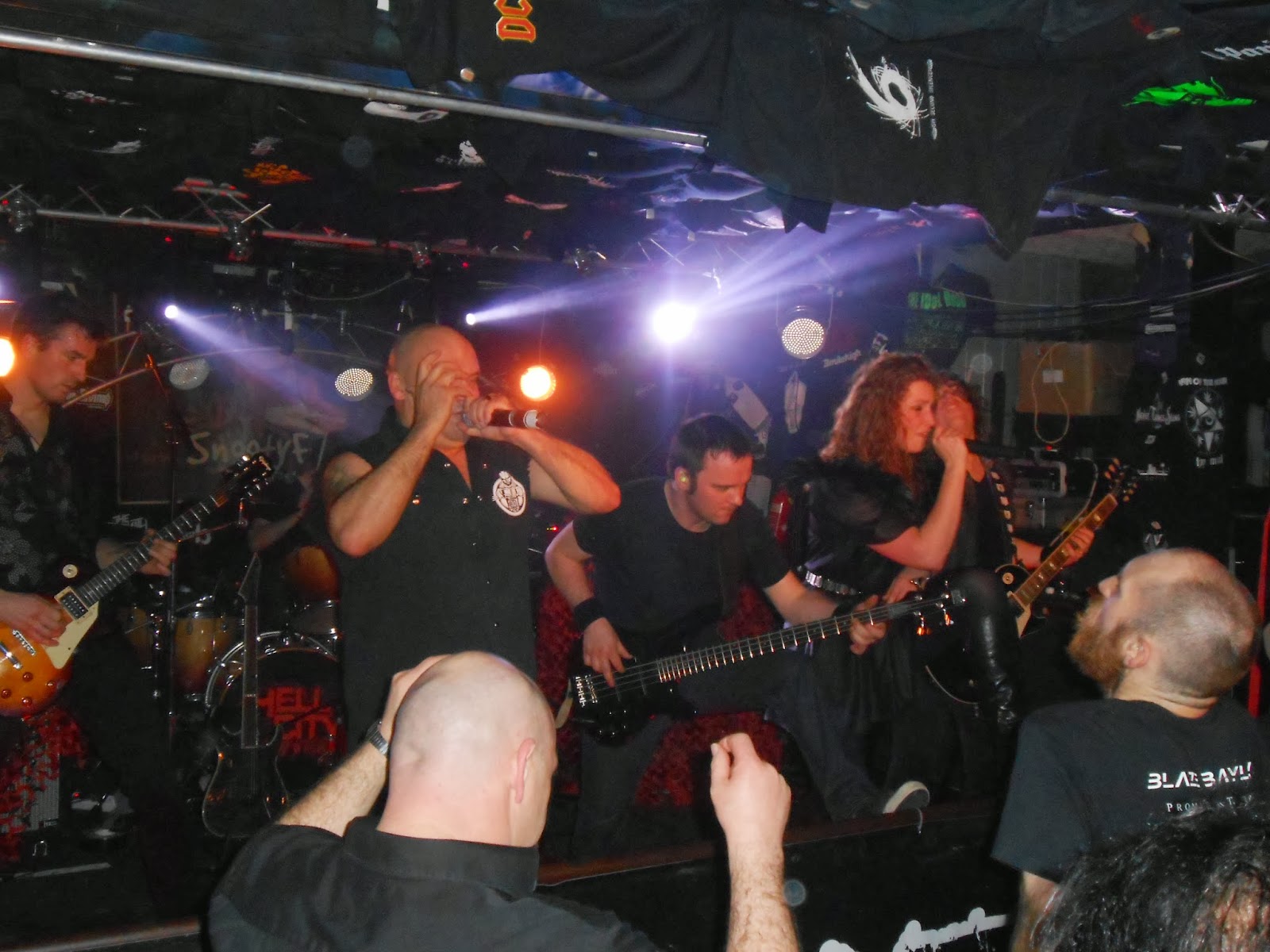 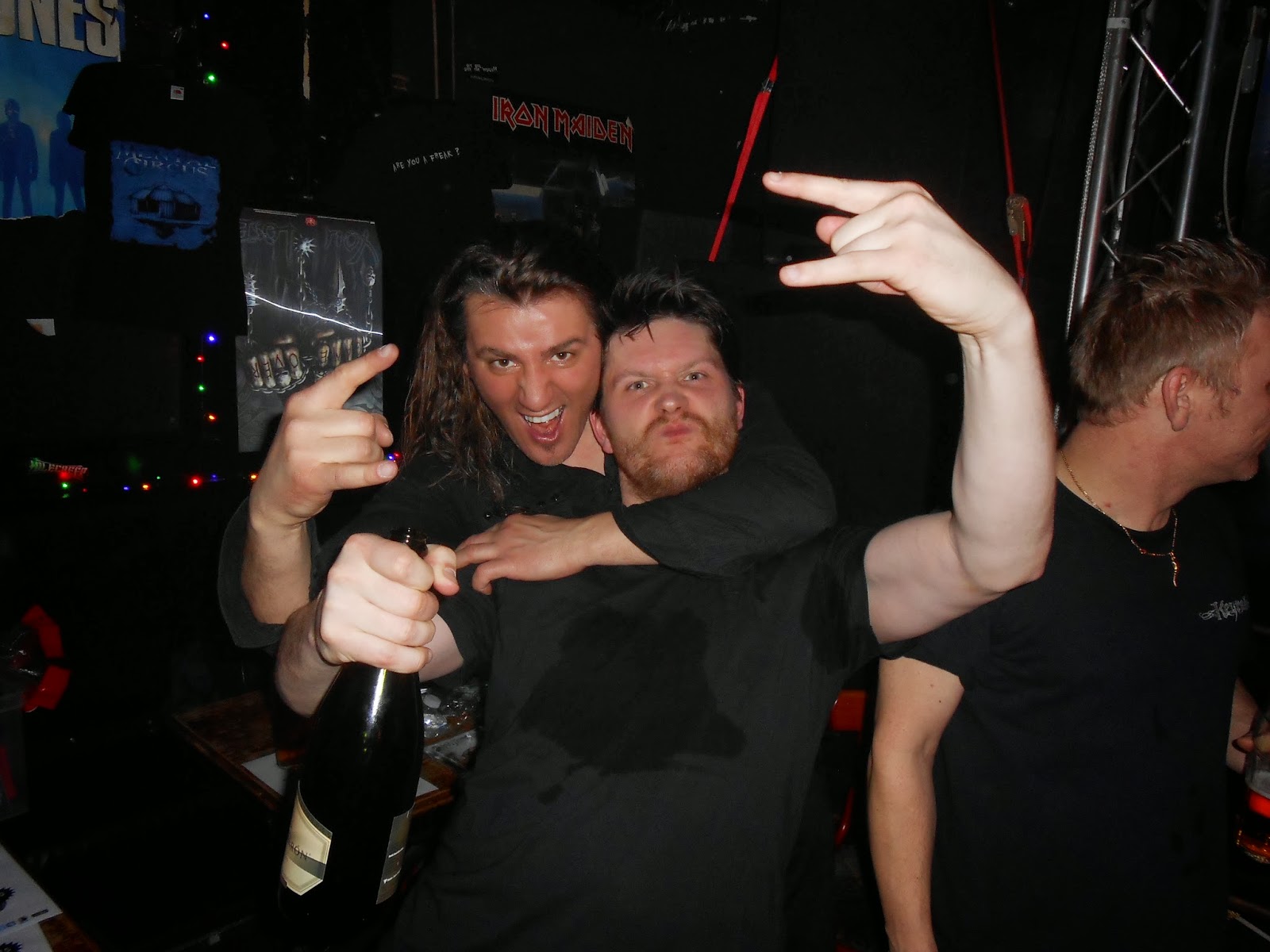 Let’s hope we have chance to see both of these great bands in the again soon.