The end of May saw the release of three more Saxon Deluxe reissues - Denim & Leather, Power & the Glory and Crusader. CDs come complete with 24 page media books with bonus tracks and the vinyl are coloured swirl and splatter vinyl. I’ve had a chance to listen to them, and so these are some of my thoughts. 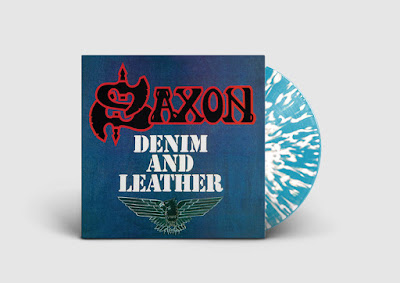 
Saxon’s fourth album, Denim and Leather was originally released on 5 October 1981. The final album to feature original drummer Pete Gill  Arguably their most successful record to date it spawned the classic singles ‘Princess of the Night’, ‘Never Surrender’ and the song ‘And The Band’s Played On’, which was inspired by their appearance at the first ever Monsters Of Rock festival in 1980. This edition contains the B Sides of the ‘Never Surrender’ single and seven live tracks recorded on the Denim and Leather tour of 1981.


So a bit more detail of these bonus tracks, we have a version of 20,000 Ft remixed by Nigel Thomas a lively sing-a-long from the previously mentioned 1980 Monsters of Rock festival called Bap Shoo Ap.  The other seven bonus tracks were recorded in 1981 on the Denim and Leather tour at Wolverhampton, the Hammersmith Odeon and London’s Rainbow. These tracks must feature Nigel Glockler as he had replaced Pete Gill by the time of the tour. They are all good quality recordings with the highlight being Fire in the Sky running into Machine Gun in which Graham Oliver would destroy his guitar at the end of each set. This was a rock n roll spectacle to behold in the early 80s.  Just a word of caution all of these bonus tracks were previously available on the 2009 reissue of Denim and Leather.


1. Princess of the Night


6. And the Bands Played On 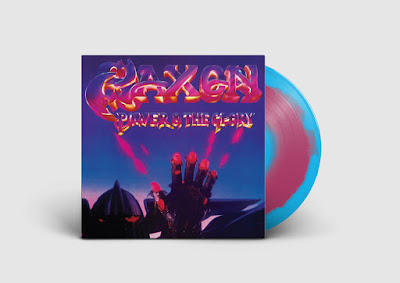 
Saxon’s fifth album, Power and the Glory was originally released on 21 March 1983 and was produced by Jeff Glixman at Axis Sound Studios in Atlanta. The album featured two singles, ‘Nightmare’ and the title track, ‘Power And The Glory’ and also marked the replacement of drummer Pete Gill with Nigel Glockler, who remains a member of Saxon to this day. Following from the 'holy trinity' of Wheels of Steel, Strong Arm of the Law and Denim and Leather I don’t think this album gets the credit it deserves. I think it contains some really great Saxon songs. The title track, Power and the Glory and The Eagle has Landed are still regularly in the live set, but there are some other gems here as well, my personal favourites include Redline, Warrior Watching the Sky and Midas Touch.  The CD version includes two tracks that didn’t make the final track listing Make ‘em Rock - a catchy song, but I think some of the content, may be frowned upon now – and Turn out the Lights. It also includes seven   early working demos of songs from the album, recorded in 1982, which make interesting listening, especially Midas Touch. I’m not sure how much of the bonus material has been available before, but I’d not heard any of these before.


8. The Eagle Has Landed 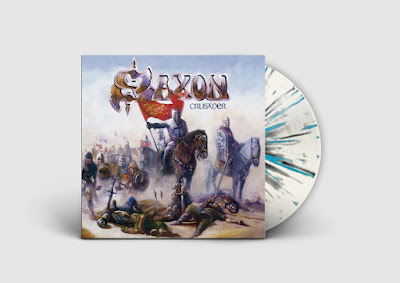 
Originally released on 16 April 1984, Saxon’s sixth album was produced by Kevin Beamish at the legendary Sound City Studios, in Los Angeles. It featured the band’s first recorded cover song, a version of the Sweet’s ‘Set Me Free’ and the singles’ Sailing To America’, ‘Just Let me Rock’ and ‘Do It All For You’. I remember rushing home with my original vinyl copy. The gatefold sleeve included a fantastic picture of a crusader knight on the front. Putting the needle on to the groove I sat back to listen. Whisked away with the haunting sounds of the prelude before the mighty Crusader kicked in, this album was living up to my expectations. Unfortunately after that wonderful opening the rest of the album was a disappointment. Sadly 34 years latter my views haven’t changed much. There had been a subtle change in musical direction, possibly to help the band capture an American market, but it didn’t work for me. This possibly reflected in the fact the aforementioned Crusader is the only track from this album that is still in the live set.


The CD version of this reissue includes early working versions of some of the songs featured on the album and also the songs ‘Borderline’ and ‘Helter Skelter’ that didn’t make the final track listing of Crusader. Again I’m not sure how much of the bonus material has been available before, but I’d not heard any of it before, they are worth a listen to hear how the songs developed.


3. A Little Bit Of What You Fancy


19. Living for the Weekend