“Joe Bonamassa’s new single “A Conversation With Alice” is available now to stream from all platforms via – https://joeb.me/StreamAlice.”

The new song was recorded at Abbey Road Studios in January 2020 and will appear on Joe’s new album released later this year.

The song is on Spotify now, and you can listen to it here - https://open.spotify.com/album/7qCMc8oHlBJNxEOjOTrBKS?si=3pB_V3wxS76oFX2A7CMVgg

“A Conversation With Alice” is available now to stream from all platforms via – https://joeb.me/StreamAlice.”

One of the most iconic names in modern blues music, Joe Bonamassa, is back with highly anticipated new music from his studio recordings at the legendary Abbey Road Studio in London. The surprise single “A Conversation With Alice” arrives today via J&R Adventures, along with a special music video showing him in the studio recording the track. “Alice,” as it turns out, is the alias of a therapist that Bonamassa spoke with about some reoccurring problems he’d been facing in life but found that these ‘problems’ ultimately lead to his success
.
In an intimate video from self-quarantine, Bonamassa shares, “the song is derived by an experience I had a couple years ago when some friends of mine intervened and said ‘You know what Joe? You should go ahead and talk to someone about these problems you have that come up time and time again.’ So, I agreed. I went to see this lovely woman in Los Angeles, CA and began talking about my problems. After the second session I came to the conclusion that I was unrepairable and that the crazy in me makes me good at my job. I like being good at my job.”

He quips, “I think I’m good at my job, unless you ask the internet. Which then there’s some debate, which bolsters the crazy. See how it’s all interrelated? So, I wrote a song about it.” Bonamassa ends the video with a comforting smile and a sincere wish to fans, “I hope you enjoy it. Thanks for listening, be safe and be happy.”

Bonamassa also divulges that the song is part of a brand-new album coming sometime later this year, though details of the title and release date are still under wraps. Fans and critics alike will be on the lookout for what’s next from America’s favorite blues-rock artist. In the meantime, while in quarantine Bonamassa has taken to social media to give a special behind-the-scenes look at his “Nerdville” home in California. In prior months, Bonamassa was touring relentlessly, up until coronavirus took its hold on the music industry, stopping him just short of a few final dates on his spring tour in the U.S. 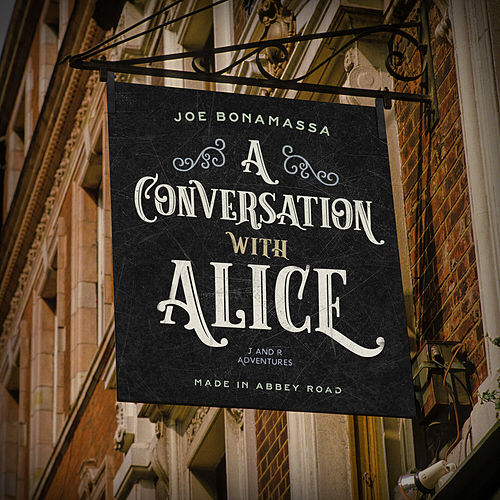 “A Conversation With Alice” also follows Bonamassa’s recent instrumental side project called The Sleep Eazys, who released their critically-acclaimed debut album, Easy To Buy, Hard To Sell, just last week. The album, which the Associated Press touted as making “instrumental dreams,” was produced by Bonamassa and features some of his frequent collaborators, along with his all-star touring band. The Sleep Eazys project is Joe’s second time in the studio as a producer, after Reese Wynans’ long-awaited debut solo album Sweet Release. The producer role is one that Joe takes very seriously and thoroughly enjoys. More projects are currently in the works!

“Alice” and The Sleep Eazys follow a string of other successful collaborative ventures, including the adventurous side projects Black Country Communion, Rock Candy Funk Party and Beth Hart. Collectively, Bonamassa has over 40 albums to date and the announcement of “A Conversation With Alice” marks the first of new music from his solo studio record at the legendary Abbey Road Studios. His latest solo album, LIVE AT SYDNEY OPERA HOUSE marked his 22nd #1 album on the Billboard Blues Chart, an incredible feat unparalleled within the music industry. 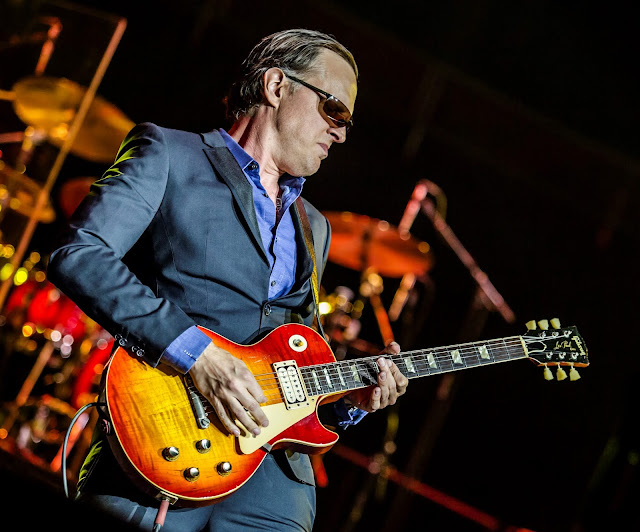 Photo credited and used with thanks by Robert Sutton.