The silver eagle has finally landed for audiences worldwide! 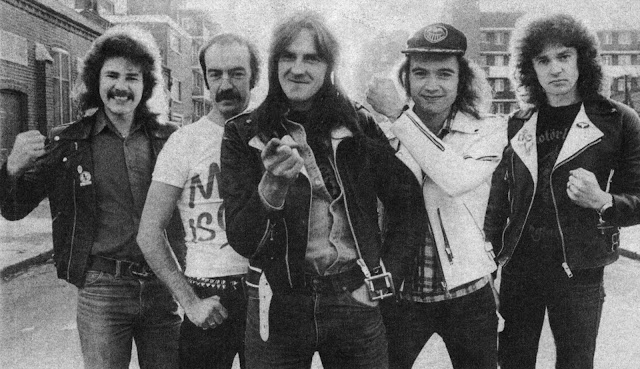 After enjoying a limited “Fan Club Only” UK release, Heavy Metal Thunder – The Movie, Saxon’s wonderfully unfiltered and intimate account of their ascent to the upper echelons of heavy metal, will finally enjoy an international release in December. The double-disc set features the soon-to-be-celebrated story of Saxon, while the second disc is packed with bonus features including a full-length performance (on St. George’s Day) from April 23rd, 2008. Rivetingly honest, and including the frank memories of every musician who has played in the band, Heavy Metal Thunder – The Movie pieces together the earliest incarnations of Saxon, from frontman Biff Byford’s teenage years in the coalmines of Yorkshire and Son Of A Bitch (the first incarnation of Saxon) all the way through to top 10 hits and world tours. “Our music was more sort of machinery banging together, wheels turning, machines making noise,” says Biff of those early, industrial days, “It’s what Heavy Metal is all about. Heavy Metal is all about hard, big sounds bashing your skull in. I used to work in factories where big machinery made lot of noise and I used to sing along to the noises they made.”
It is a documentary which looks for all the world as though it’s a superbly crafted script, as much a tale of pure, honest, working class triumph as just another rock’n’roll story. Heavy Metal Thunder – The Movie shows every facet of Saxon on their journey without once diluting the true characters who make up the band. “We basically played every dump and shithole that there is in England over a period, probably just short of eight years,” laughs Biff. “You know classic cliché of transit van, up and down and we used to play more or less every night. One gig might be a good paying gig and the other one might be no money or ten quid but it was an obsession, you had to play every day.” These wonderfully naïve young men sought nothing more than a great gig, a good time and maybe a nice girl, before suddenly finding themselves on tour in the US, exposed to the sorts of things which (quite frankly) Barnsley simply didn’t offer in 1980. And from that point, Heavy Metal Thunder – The Movie, takes the viewer on a journey - on a rock’n’roller of a journey encompassing it all from triumphs to tears to tea-bags and beyond. 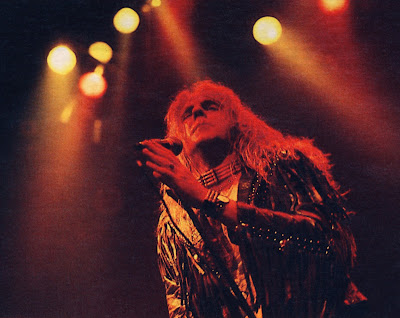 Nothing is forsaken and nothing skipped. Despite the fact that to this day there remain problems between the Byford/Quinn and Oliver/Dawson parties, everyone tells the full-unedited Saxon story with heartfelt honesty and integrity.
“We do have a great legacy,” says Byford, “whether you joined the band in 1994 or (as) an original member. There’s a legacy there and I’ve tried hard to not let people demean it and to spoil it and you have to look after that thing that is Saxon.” 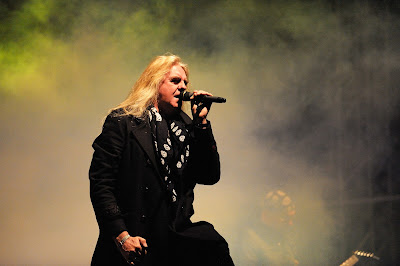