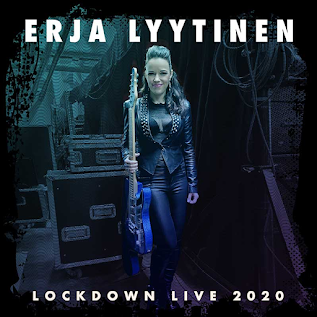 On Friday the 6th of November on Tuohi Records Erja Lyytinen releases Lockdown Live 2020 on cd/dvd.

During the early stages of the lockdown, artists took their shows to the Internet via live streams. Lyytinen decided that she wanted to give her fans the best and most concert-like experience possible. Erjja headed to Bluesounds Studios in her hometown of Kuopio, Finland on Mother’s Day Eve to record and film the live album/concert performance. The concert was broadcast over the Internet as part of a pay per view event.

This live recording takes a retrospective look back on Lyytinen’s long and successful career including 6 tracks from her last studio album Another World released in 2019.

A live gig with no crowd so as every song ends you await the roar but that doesn't detract from the electricity that Erja and her band have with a stunning interplay that only a live performance can produce.

Erja is one of the world's top slide guitar exponents and there is plenty here inside to show off her talents with the first song Don't Let A Good Woman Down chock full of playing from the first note and lots of Hammond organ that meshes nicely with the slide bonanza.

Cherry Drive is another Hammond and guitar riff mesh that works wonderfully well together with Erja's vocal talents also top quality with lots of held notes showing her tones superbly.

Black Ocean from 2017's Stolen Hearts cd is stretched out to nearly 7 minutes with the taut guitar riff excelling.The mid song guitar solo is beautiful in it's tone and phrasing and shows Erja is not only all about slide guitar but she is able to show such emotion through her playing and it extends out to nearly 3 minutes. As the song ends you feel yourself cheering at the sheer wonder that you have just heard. Superb band interplay too underneath all of Erja's playing.

Dreamland Blues is a boogie shuffle number with a discordant guitar riff and more Hammond interplay with Erja in full slide guitar realm for the most part.

Lovers Novels is an upbeat slide infused number with an amazing mid song solo that would have had the audience in raptures.

Another World is another extended song with Erja's picked guitar riff in the first verse and Erja's vocal full of melodic tone and love how after the first chorus the guitar tone and Hammond both increase and such a great chorus too. After the mid song guitar solo we get an audience participation segment which I hope the fans did online !!! Roll on 2021 hopefully.

Snake In The Grass starts on a fuzzed amp and then straight into a heavy riff and the  Hammond again heavily involved and a wah wah infused guitar solo showing off another quality that Erja carries off effortlessly.

Rocking Chair is a all stop start riff and Erja's vocal with a lower phrasing and tone.

Wedding Day is a fast paced rocker with the band showing a heavier version then the studio original and making this in studio live performance a real winner for everyone listening.

Wildflower finishes it all off with it's melodic balladic feel and Erja's vocal shining and ending it all off in style as it so fully deserved.

2020 will be remembered for so many wrong reasons but without it this wonderful performance wouldn't have happened and we are all so very lucky to have witnessed Erja and her band and the magic enclosed within.

Erja Lyytinen’s “Lockdown Live 2020” is released on CD/DVD by Tuohi Records on November 6th via www.erjalyytinen.com 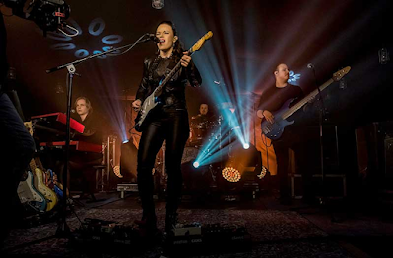 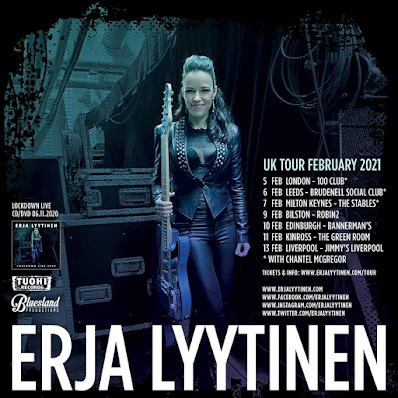 And here is hoping we can witness Erja live in the UK on the dates shown very soon.