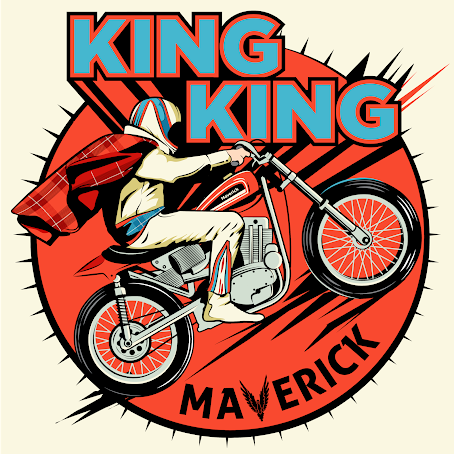 King King release their fifth studio album “Maverick” on Friday 6th November 2020 via Channel 9 Music – King King’s new independent label. The 10-track album, released on CD, vinyl and various bundles, is available for pre-order from www.kingking.co.uk.
“Maverick” follows 2017’s critically acclaimed album “Exile & Grace” and includes the new line-up featuring Alan Nimmo (vocals/guitar), Stevie Nimmo (guitar and backing vocals on Never Give In and One World ), Jonny Dyke (organ/piano), Zander Greenshields (bass) and Andrew Scott (drums). The album was engineered and mixed by Liam McCluskey at Morsecode Studios in Glasgow and produced by Alan Nimmo, Jonny Dyke and Liam McCluskey.
2020 sees King King return with a new line up and opener Never Give In a song for the masses and also full of optimism for the future.
Hammond organ and a stop start guitar riff with the Hammond filling in the gaps and Alan's wonderful vocal tone all leading up to a superb chorus with the production a dream hearing every nuance. A sure fire live favourite with the band work out that takes it up a notch near the end of the song bound to see hands aloft when they finally re hit the stage in 2021.
Fire In My Soul is a fast paced blues rocker with a taut guitar riff and the Hammond again building depth to the verse and chorus. Mid song band break down shows the band dynamics are well in evidence and Alan's vocal in the chorus superb.
Whatever It Takes To Survive is the first ballad and Alan's vocal alongside the piano shows his wonderful tone and melodic intent and soul. The drums kick in for the chorus and then back down for the second verse again showing the band's wonderful use of light and shade.
A twin guitar solo from the Nimmo brothers takes the song up even higher in the outro and I am sure will be extended further in the live setting.
I Will Not Fall takes us back up a notch with a keys riff leading the band into a big chorus with backing vocals adding to the mix. The second chorus leads into a great guitar solo with the keys riff insistent in it's texture.
By Your Side will break many hearts with Alan's plaintive vocal and Jonny's piano beautiful in its sincerity. Alan takes his vocal outpouring to new levels with a ballad that few bands on the planet could match. Superb.
One World sees the keys riff lead into a huge chorus with backing vocals abundant and a feel good factor set to high.
Everything Will Be Alright starts mid chorus and more feel good lyrics leading into a huge chorus that should be played on tv and radio to show us we will get through this.
When My Winter Comes is piano and Alan in perfect harmony and will be a live favourite with the crowd joining in. Alan's vocal gives you goose bumps with it's soul and emotion filled clarity.
Dance Together is another to start mid chorus and the bass booms and a blues rocker led song built to get the crowd up and moving and singing back to the band in the live setting that we all miss so much.
End Of The Line finishes the cd with a funky tilt with Hammond depth and a superb chorus and Alan again showing his vocal prowess and a short sharp guitar solo.
Maverick shows King King back with a new line up and 10 songs to mesmerise and captivate and make the world a better place.
Thank you. 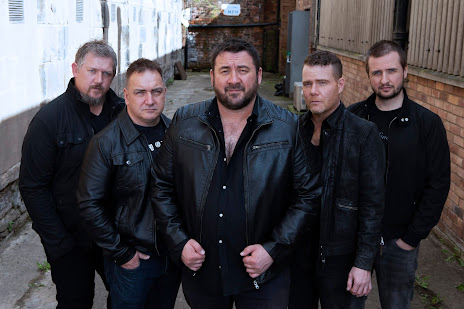