The Gig Cartel by arrangement with Intrepid Artists present

"One of the best, if not the best guitar player in the world." - Joe Bonamassa

"He is absolutely incredible." - Carlos Santana

"How Eric Gales isn’t the hugest name in rock guitar is a total mystery." - Dave Navarro

"This guy could be the best player on Earth." - Mark Tremonti 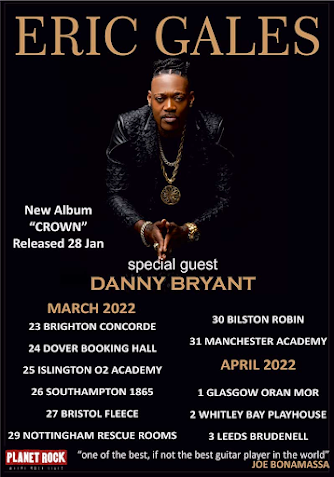 Critically acclaimed blues rock guitarist Eric Gales will tour the UK in March and April 2022. Tickets for all dates are available from www.thegigcartel.com. The tour follows the January 28th release of Gales’ forthcoming studio album “Crown” produced by and featuring Joe Bonamassa. The album will be released by Provogue.

Eric Gales takes his rightful place at the head of the blues-rock table as he announces Crown, his career-defining new album. The hotly tipped new studio album finds Eric opening up like never before, sharing his struggles with substance abuse, his hopes about a new era of sobriety and unbridled creativity, and his personal reflections on racism. Five years sober, creatively rejuvenated, and sagely insightful, the songs on Crown are delivered with clarity and feature Eric's personal experiences and hope for positive change. This is Eric at his most boldly vulnerable, uncompromisingly political, and unflinchingly confident.

The first single off the album, the slinky I Want My Crown, opens with a fanfare of elegant lead guitar virtuosity before slipping into a funky groove. Here, with playful bravado, Eric sings about finally getting his due while also admitting his self-sabotaging past. Clean and focused with guitar in hand, he eyes the crown and goes for it, battling powerhouse blues warrior Joe Bonamassa in a Rocky-like epic fight. Triumphant horns spur on the excitement as the pair unleash barrages of jaw-dropping blues-shred with each player’s passages feeling like the final fury of a July 4th fireworks explosion.

Eric Gales is a blues firebrand. Over 30 years and 18 albums, his passion for the music and his boundless desire to keep it vital has never waned, even when his own light dimmed due to his substance struggles. Since 1991, the Memphis-born guitarist has blazed a path reinvigorating the blues with a virtuosity and rock swagger that have him being heralded as the second coming of Jimi Hendrix. He was a child prodigy with bottomless talent and fierce determination, and at just 16 years-old released his debut, ‘The Eric Gales Band,’ on Elektra Records.

He’s earned high praise by guitarists’ guitarist and household name axe men such as Joe Bonamassa, Carlos Santana, Dave Navarro, and Mark Tremonti. In addition, he has held his own with some of the greatest guitarists in the world, including Carlos Santana at Woodstock 1994, Zakk Wylde, Eric Johnson, and a posse of others as a featured guest touring with the Experience Hendrix Tour.

His 2017 album, Middle of the Road, reached #1 on the iTunes Blues chart and #4 on the Billboard Blues chart. It made Classic Rock Magazine and Total Guitar albums of the year with the latter saying it was “the album that should define his career.” Classic Rock said, “the notes drip from Gales’ fretboard like warm honey”, The Guitar Magazine exclaimed it’s the “the injection of danger and unpredictability that the blues-rock scene desperately needs”, Blues Matters professed “truly the man is blessed”, whilst Powerplay said “the more you listen to it the more the brilliance of Eric Gales becomes apparent.” 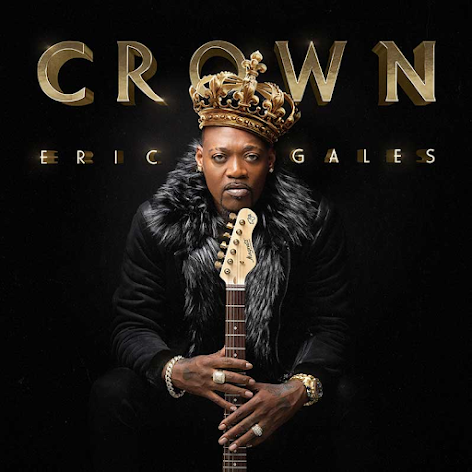 Gales’ story is an incredible one, he was a child prodigy and released his debut album The Eric Gales Band in 1991 as a 16-year-old on Elektra Records. It was the first of 10 albums on a major label through a blistering career. He has released 16 studio albums in total ahead of Crown and a host of other collaborations. He has battled drink and drug issues and spent time in jail in 2009 for possession of drugs and a weapon. Gales proudly tells his story every night before every show, now over two years sober he is creating some of the most breath-taking music he has ever made. Talking about his approach to song writing in this time he reflects. “I guess the songs would answer the question more or less, I definitely don’t have anything clouding my view and it’s definitely a much purer place where its coming from.” 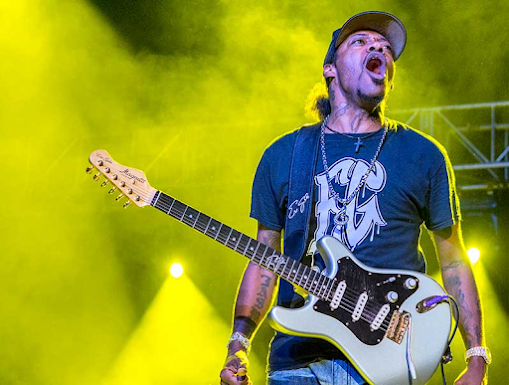