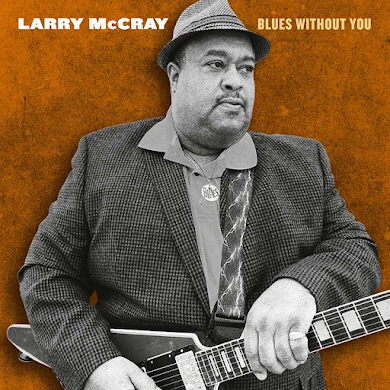 “In the spirit of BB King, Luther Allison and Little Milton, Larry is among the greats. It's now up to the world to rediscover him.He has been here all along.” – Joe Bonamassa

Poised to become a genre-shaping staple with the release of two major label albums in the 90’s, rustbelt Blues singer and guitarist Larry McCray proves he’s been hiding in plain sight with today’s announcement of his first album in nearly seven years, Blues Without You, set for release on March 25.

Pre-order the album from https://shop.jbonamassa.com/collections/larry-mccray

Throughout his career, McCray’s life has imitated the rags-to-riches stories of the blues.   Larry’s musical journey took him through many twists and turns, personal hardships, and dark moments. After meeting his current companion and collaborator, Peggy Smith, Larry found peace and was rediscovered by kindred spirits Joe Bonamassa and Josh Smith.

“Writing this album made me feel proud, as it allows others to see me as more than a blues musician,” shares McCray. “The songs are reflective of my broad taste in music styles and the subject matter, although personal at times, is relatable to anyone’s life. Hopefully, the words and message of the songs will help others express their feelings in a similar synopsis.

“I feel totally reborn, with a whole new career, and I'm optimistic about what the future holds,” McCray continues. “But truthfully speaking, sometimes I do wish it would have happened 30 years ago. I would have been much more qualified for the job at that age than at 62,” he laughs. 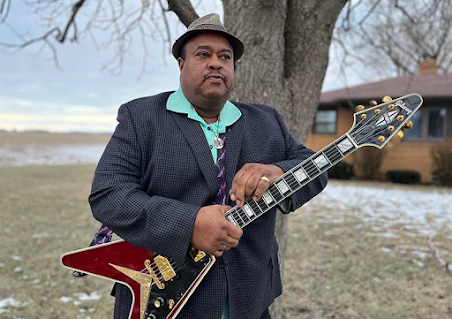 “Larry McCray is a legend,” praises Bonamassa. “We have known that for 30 years. He is the last of the great blues shouters from the rust belt. In the spirit of BB King, Luther Allison and Little Milton, Larry is among the greats. It’s now up to the world to rediscover him. He has been here all along.”

“Working with Joe Bonamassa and Josh Smith as producers was an opportunity of a lifetime,” credits McCray. “Having known and respected them as accomplished musicians first, it allowed me to trust their opinions even more and made this an incredibly fulfilling project.”

Along with today’s album announcement McCray releases lead single “Arkansas,” a charging ode to McCray’s childhood in his home state and an anthem for those who grew up similarly. Listen to the song HERE and watch the music video HERE. 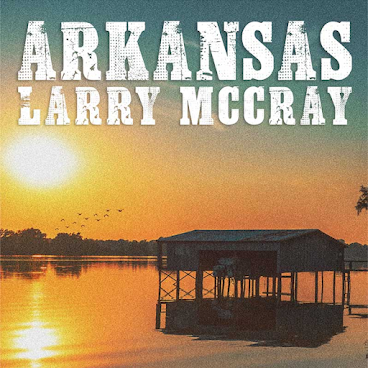 “This song is a reminder of my childhood, growing up in rural Arkansas in the 60’s,” elaborates McCray. “Feeding hogs, bailing straw, amongst all the other chores that a kid of that generation had to perform, and still, we found a way to find the joy and make it seem as though it was no work at all. I hope the people can feel that spirit when they listen to this music that was born from a generation whose prime has long come to pass.” 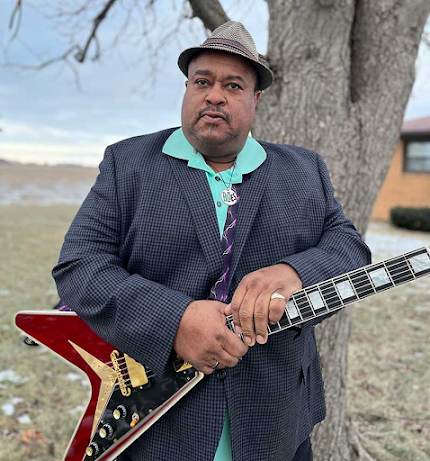 About Larry McCrayRust belt blues guitarist and singer Larry McCray was born in 1960 in Magnolia, Ark., as one of nine siblings. Early on, his sister, Clara, introduced him to the guitar and the transformative music of the three Kings of the blues. In 1972, 12-year-old Larry followed Clara to Saginaw, Mich., where he honed his guitar skills, adding rock riffs to the traditional blues style he loved. After high school, Larry began playing the local circuit, and by the late ’80s, he had attracted the attention of the head of Virgin Records’ blues label, who signed Larry as Point Blank Records’ inaugural artist. His debut album, Ambition—aptly named for fusing elements of blues, rock and soul to create a contemporary blues sound—was released in 1990 to critical acclaim. Throughout the ’90s, Larry continued to help define blues rock, releasing Delta Hurricane (1993), Meet Me at the Lake (1996) and Born to Play the Blues (1998). In 2000, Larry started his own label, Magnolia Records, releasing Believe It (2000), Blues Is My Business (2001), Live on Interstate 75 (2006), Larry McCray (2007) and The Gibson Sessions (2015). Throughout those years, Larry played with such blues greats as BB King, Buddy Guy, Albert King, John Mayall, Johnny Winter, Robert Cray, Keb Mo, Jimmie Vaughan, Kenny Wayne Shepherd and Joe Bonamassa, as well as rock legends the Allman Brothers, Phil Lesh, Jonny Lang, Joe Walsh, Levon Helm, Chris Robinson, Dickie Betts and countless others. Blues Without You, Larry’s latest, a 12-track release, was recorded on Bonamassa’s Keeping the Blues Alive nonprofit label.

Since its inception in 2020, KTBA Records has proven to be a driving force in the music industry, taking on talented artists and propelling them into the spotlight. The label has released albums for Rock & Roll Hall of Fame Inductee Dion, Chicago blues queen Joanna Connor, and blues rock sensation Joanne Shaw Taylor. Each album has received worldwide critical acclaim as well as the coveted #1 spot on the Billboard Blues Album Chart. This is only the beginning for KTBA Records. With its roster of talented musicians and success in the industry, the label has many new projects on the horizon, working synergistically with the non-profit’s mission of supporting musicians. 10% of all profits from KTBA Records are donated to the foundation.

KTBA Records represents Bonamassa’s continuing efforts over the last 25 years in support the artistic community and reflects the philosophy of paying it forward just as so many did for him in the hope of paving the way for musicians for years to come. To support KTBA Records mission and its talented artists, visit https://bit.ly/shopktbarecords now.