He is about to release his first triple CD, Dublin Cowboy, and embark on a UK Tour, but Bernie Torme was generous enough to spend some time answering a few questions from rockgig.co.uk. 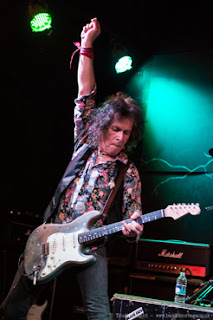 So here is our interview with guitar legend Bernie Torme

RG – Firstly congratulations on the release of your first triple CD, we understand that the physical copies will arrive in the post shortly to the people who supported the Pledge campaign. Will you have copies of the new CD available for sale at your UK tour, for people who weren’t involved in the on-line Pledge?

BT - Thanks very much for the congrats! Yes the CDs will start winging their way to pledgers tomorrow, they were delayed by a manufacturing fuck up but arrived today and look and sound really good!

We will definitely have the new triple Dublin Cowboy CD available to buy at the shows on the UK tour.

RG – How much rehearsal time will you, Chris and Ian be putting into the live set before you hit the road.

BT - Quite a lot! Mostly due to Chris not doing the tour! (he’s off with The Quireboys), and new boy Sy Morton playing bass. So Sy has had to take in a lot in a small space of time, and it is sounding really really good. 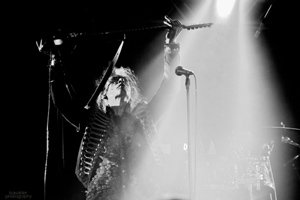 Also sorting out a set and trying new numbers and new ‘old’ numbers too, takes a while. Probably 6 or 7 solid days in all, and that's whole days. Its been pretty exhausting to be honest, both physical and mental.

RG – This collection of songs contains your first acoustic CD,  which I have to say  I am really enjoying listening to.  Will the live shows contain an acoustic slot  with  “Val Doonican” stools etc.?

BT - Glad you are liking the acoustic CD! I had no idea how that would go down, but it seems to have worked really well, it was very much unknown territory for me and I am really so delighted people like it! Its the first shred free CD I’ve ever done!

Val Doonican? Delaney had a donkey and all that? Last tour we did an acoustic set, but actually we are not doing that this time round, it was quite difficult in smaller venues, people just like the loud in that context! And then they talk over the not so loud! Hopefully next time round, but quite honestly this time round I didn’t expect anyone to want it so its not happening on this tour.

A lot of the acoustic stuff on the new album is also quite gentle and moody, I’m not sure that would work in the context of a sweaty rock club. I’d love to do it live but I’m not quite sure how at the moment! 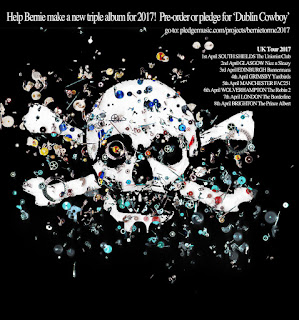 RG – With all this new material is it going to make picking a set list for the UK tour difficult, or do you have an idea as you write/record a song what will fit into the live arena?

BT - Sorta kinda. But you never really know till you play it in a set context whether its a possibility, and you never really know till you play it live if it really actually works. Its difficult, because for the last year or so our set has been pretty bulletproof, it worked in just about all circumstances, but you change one thing and everything changes, so its a matter of trying it out. It will probably change from gig to gig. But you do write things for a live context that are sometimes not the best tracks to record, and vice versa.

A lot of that basic knowledge came from the Gillan days, I would write to fill a need, as I perceived it, in an album or for live. Colin did that a lot less than me or McCoy I think, he just wrote good songs that worked in almost any context, whereas I wrote, say, Unchain Your Brain or Future Shock because we needed a certain type of track to open an album. That was one reason I always felt slightly uncomfortable with my subsequent falling off the cliff and starting my post Gillan career with the ‘Turn Out The Lights’ album.

While I really liked and wanted to record most of those songs on 'Turn Out The Lights', they were definitely not written or recorded with a live project in mind, it was just letting off steam in the context of the Gillan band, and in no way intended as an album to build a live band on! I’ve been very conscious of that since those days. Not being cynical here, just realistic! Some songs are emptying your heart out, some are just to fit a pragmatic need and may contain some amount of heart emptying, or none! It's not a value judgement on the track, otherwise every single ever recorded would be of no merit, all of them were written and recorded for a purpose, and thats all! 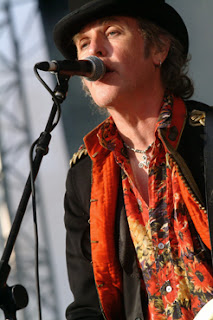 RG - What are your plans for the rest of 2017 – any summer festivals lined up?

BT - I want to have a long holiday this summer, I’ve been at this just about everyday all day since last summer! I’m not thinking about anything else. But we are looking at doing some more UK, European and Irish shows end of the year.

Many thanks for your time Bernie.

Edge Of Paradise - "My Method Your Madness" video

Trivium - In The Court Of The Dragon video