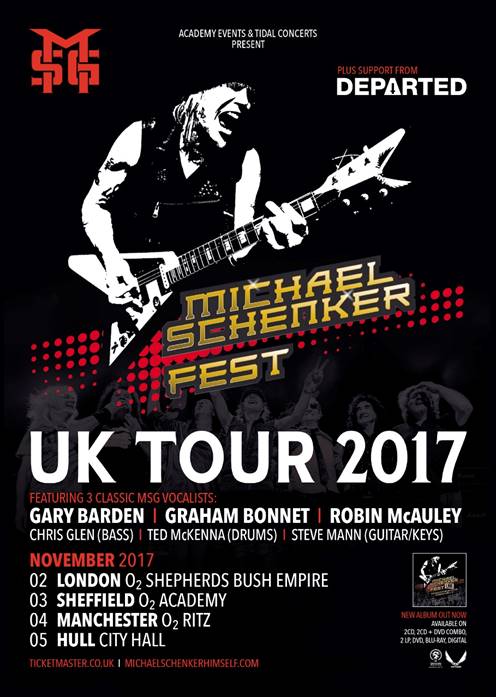 First up were young UK 4 piece Departed who include in their ranks Ben Brookland on guitar formerly of The Treatment and Mark Pascall on vocals from Empire Of Fools.

Playing classic rock with hints of Aerosmith,some AC/DC riffs and plenty of big hook choruses and Ben showing off his qualities with plenty of short sharp guitar solo's and riffs a plenty.

It can be difficult for a new band playing unfamiliar songs to what was an older demographic audience but they persevered and the Queen cover of Tie Your Mother Down was well received before set closer and single Are You Ready? finished the set on a high.

With songs of the quality of Soul Shaker,Steal Your Crown and All I Want Departed are one to keep an eye out for with a debut album coming but Mark does need to work on his demeanour as he didn't smile once during the whole set!!

Micheal Schenker has managed to resurrect his career in the last few years with The Temple Of Rock and now the sky is the limit with Micheal Schenker Fest seeing sold out shows across the globe with the recent live album and now tour with 3 original vocalist's Gary Barden,Graham Bonnet and Robin McAuley who managed a name change to the McAuley Schenker Group for 3 albums at the end of the 80's and early 90's.

Playing a near 2 hour set with able back up from Ted Mckenna on drums,the fantastic Chris Glen on bass and Steve Mann on guitar and keyboards the set had parts of all 3 vocalist's with a few UFO classics at the end and a Scorpions track for good measure too.

Here is what they played.

As a career retrospective for Micheal this is perfect and at 62 year's old he looked fantastic and was having a ball and his playing was simply magical.His trademark Flying V had his fingers dazzling us up and down the fret board all with a display of playing that few can match.His tone and melodic sensing was as good as I have ever seen and he never stopped smiling all night long.

Into The Arena had the crowd on it's feet before he was joined by the first vocalist of the night.After hearing the live album I was concerned at how Gary Barden's voice would stand up to show's night after night and the first few notes were simply dreadful.He did get better and sang in a lower tone than in days of yore and had a good stage presence but not the finest voice on show this evening.

Michael's trade mark song Attack Of The Mad Axeman was a highlight with that guitar solo after Steve Mann's main guitar riff being a joy to see with Michael's playing exemplary.

Next up was Graham Bonnet who was in the band for one album Assault Attack and one legendary gig before being fired and vocally a big step forward as he hit and held notes a man of nearly 70 shouldn't be able to get near but he did with some to spare.Half way through Desert Song and disaster.A huge crackle from the PA and it was gone with no front of house sound with the band carrying on until alerted to the problem by the crowd.Tragic and lots of puzzled faces and after a 10 minute delay we carried on.

Captain Nemo was a welcome addition with Michael again showing us his class before the third vocalist who I was really looking forward to seeing.I last saw Robin McAuley supporting Iron Maiden as singer of Grand Prix back in 1983 and the 3 album's he did with Michael were a personal favourite and at last to hear songs of the quality of Save Yourself and the song of the night Love Is Not A Game where Robin showed the years have been good to him with a vocal delivery that was superb and a great front man too.Michael's playing on these songs was breath taking seemingly enjoying unearthing songs that many had forgotten.As the show ended I heard plenty talking of digging these albums back out and re discovering some long lost classics.

After Robin leading us through Rock Bottom with Michael's extended show stopping guitar solo the encores was a little chaotic with vocalist's coming and going with lyric sheets being handed out and a short guitar solo spot for Michael's son Tyson with Flying V off course before they all took their bow at the end of a triumphant return for all concerned.

With an album recorded with the addition of 4th vocalist Doogie White  and world tour for much of 2018 planned with a return to the UK life is looking very good for Michael Schenker and for that we can all  be very thankful.

Dates in the UK in Sheffield tonight,Manchester on the 4th and Hull on the 5th do yourself a favour and get along to see a guitar great. 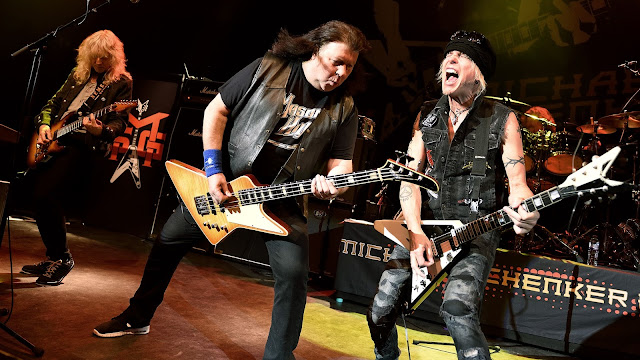 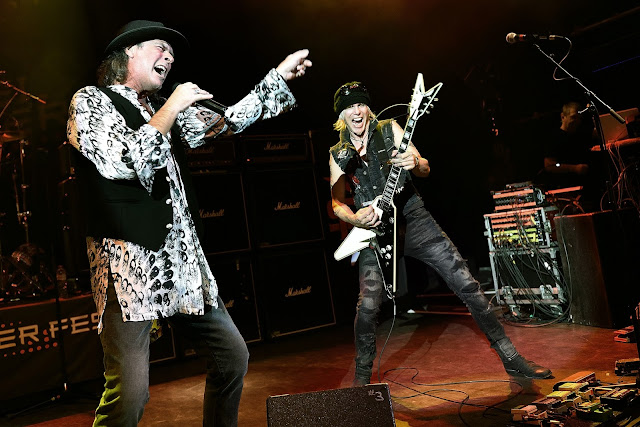 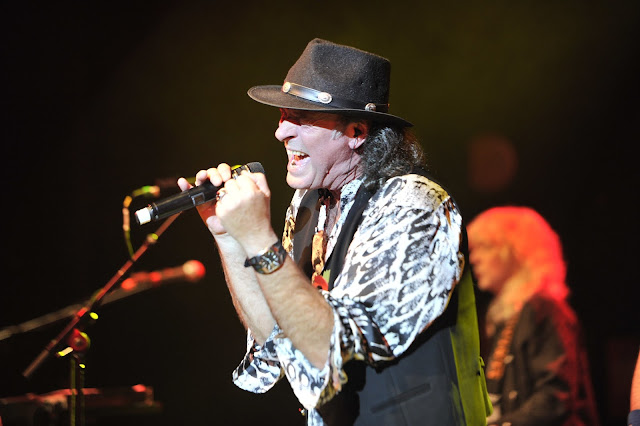 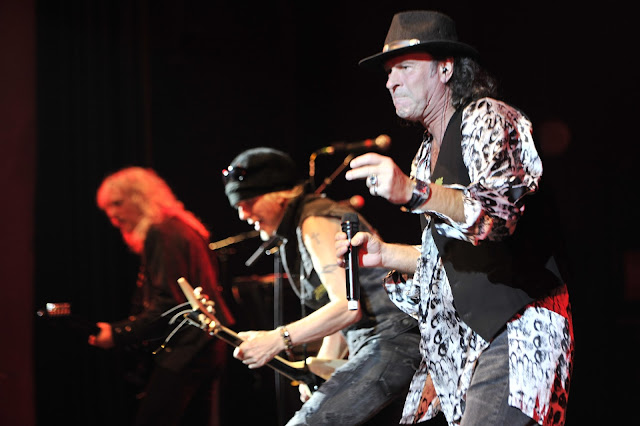 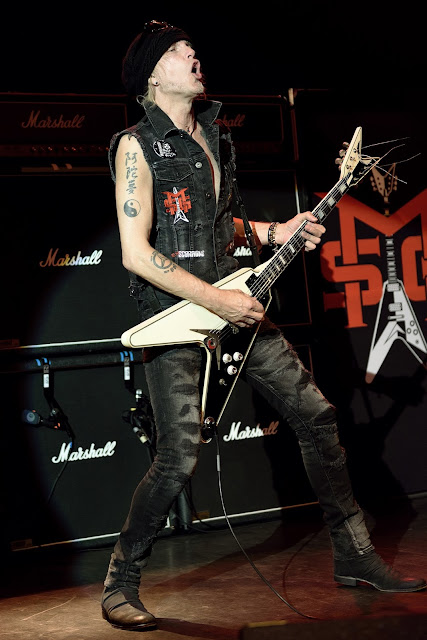 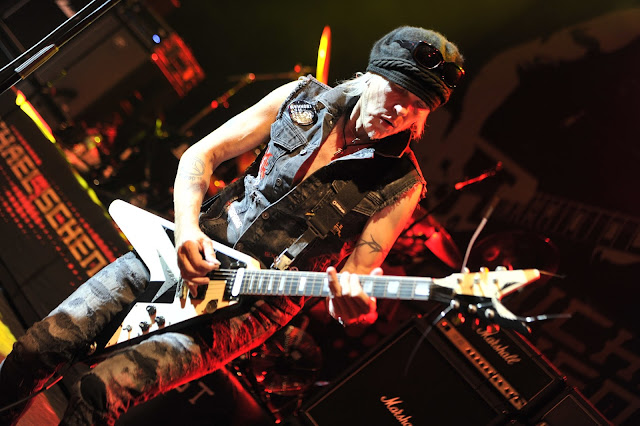 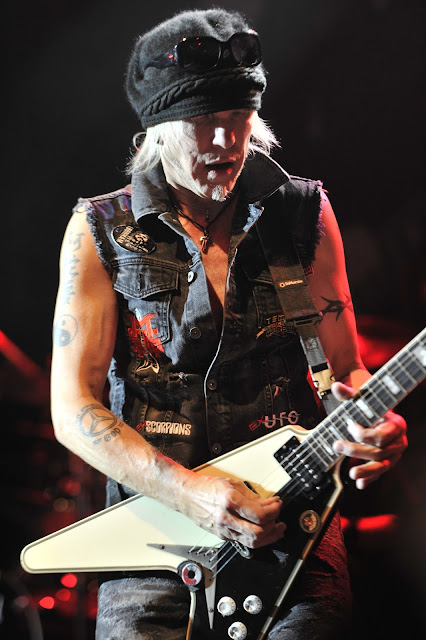 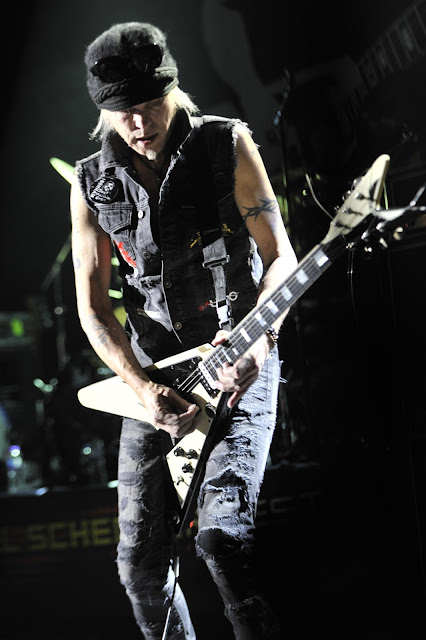 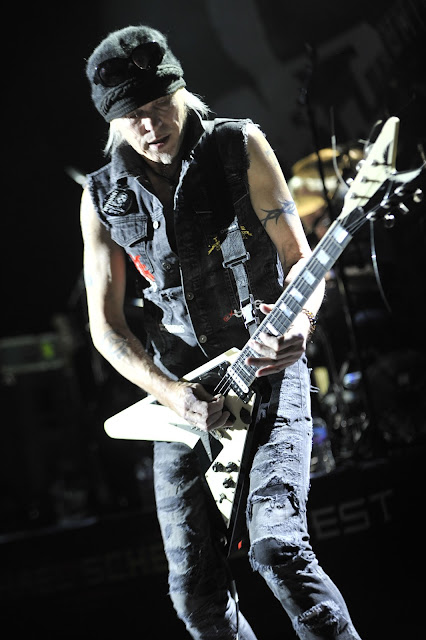 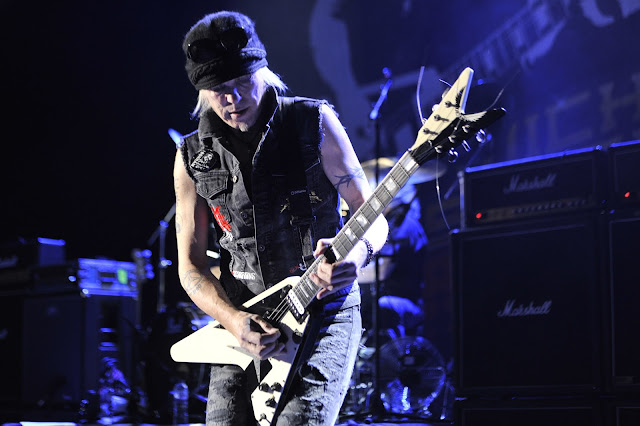 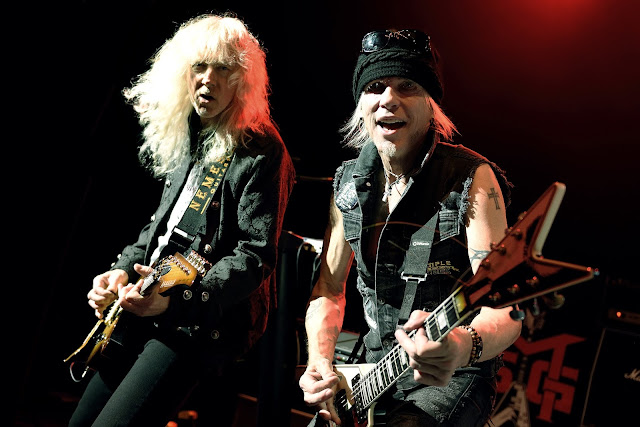 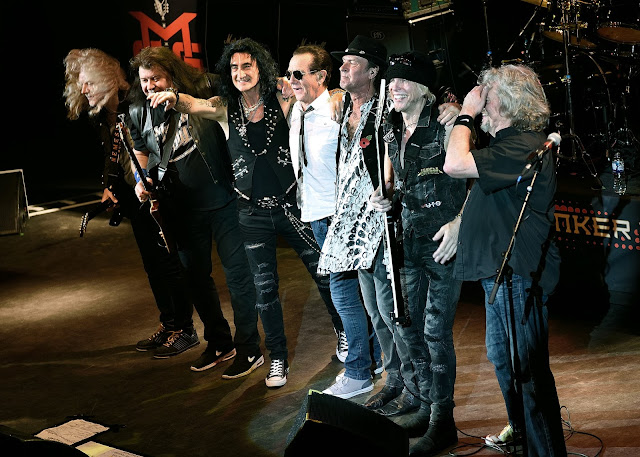