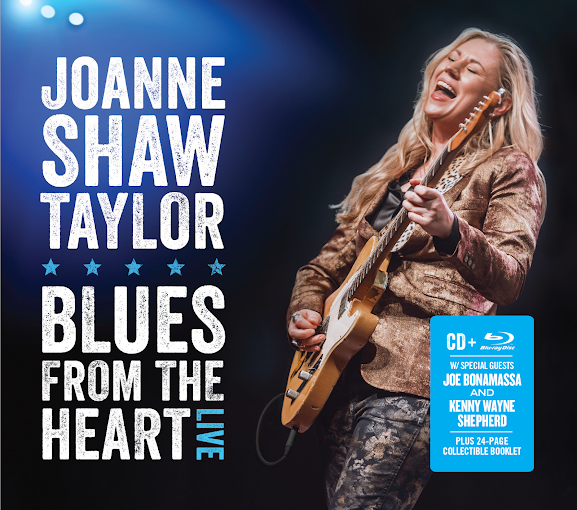 I was fortunate to see Joanne Shaw Taylor on her recent UK tour and to see her sheer joy at being back on stage and now we have the delight of her releasing Blues From The Heart Live  filmed and recorded at The Franklin Theatre in Franklin, Tennessee on January 20th 2022.
This historic event was only Joanne’s second live performance in two years and features Rob McNelley (guitar), Steve Mackey (bass), Jimmy Wallace (keyboards and piano), Nick Buda (drums), Devonne Fowlkes (backing vocals), Kim Fleming (backing vocals), and Dave McMurray: saxophone Plus special guests Mike Farris(vocals), Kenny Wayne Shepherd (guitar) and Joe Bonamassa ,guitar and vocals.
Blues From The Heart Live will be available as a CD/DVD and CD/Blu-Ray package, including a collectible 24-page CD booklet.
The audio was produced by Joe Bonamassa and Josh Smith at Blackbird Studios, Nashville, and was mixed by Kevin Shirley (Led Zeppelin, Iron Maiden) at The Cave, Australia. The video component includes bonus track “I’m No Angel” (not available on the CD), plus a behind the scenes featurette which includes interviews of Joanne and Joe before they took the stage.
Celebrating her Billboard Number One The Blues Album with this being only the second live show after Covid, Joanne and her band play 10 of the album's 11 numbers and all shine in the live setting.
I could talk about every track on The Blues Album but for me special mention to set opener Stop Messin' Around and Two Time Lovin' which come alive on stage but the standard is so high I can honestly say it's an 80 minute set I could and will watch from start to finish constantly.
Joanne has grown so much as a performer and artist and she commands the stage with a huge grin never far from her lips. Her vocal performance with beautiful tone and melody showing that she developed into  a world class vocal vocalist.
Her guitar playing is incendiary as she attacks her instrument with a feeling that every guitar solo is her last and she will never ever take playing live as a guarantee as we the watching public never should too.
The mix of the blu ray is stunning with all of the band getting a chance to shine. Whether a guitar solo for Rob McNelley, Hammond or keys solo for Jimmy Wallace or world class backing vocals from Devon Fowlkes and Kim Fleming. The rhythm team of Steve Mackey on bass and Nick Buda on drums hold it all together underneath.
Add to that Joanne trades guitar solo's with Kenny Wayne Shepherd on the Albert King classic Can't See What Your Doing To Me and then trades vocals with guest Mike Farris of the Stevie Ray Vaughn Band on I Don't Know What You Got.
Joanne's own material stands up very well with the classic covers . Reckless Heart's I've Been Loving You Too Long is fantastic. Joanne's breathless vocal and her wonderful extended guitar soloing alongside the band's slow blues rhythm and Hammond depth is simply breath taking.
White Sugar album's I'm In Chains starts on a Rob McNelley riff and Nick Buda's rock solid drum rhythm and plenty of Hammond including a solo from Jimmy Wallace.
Last 3 tracks have Joanne's best friend for 15 years Joe Bonamassa on stage for Don't Go Away Mad, Summertime and finally Only You And I Know and they trade vocally and guitar solo's on all 3 tracks and it's a superb watch and listen.
What I love to see is Joanne watching Joe play a guitar solo with such admiration before Joe then does the same when Joanne rips through another solo.
We love it and they love it too.
To see the joy on their faces at being together back on stage is life affirming and this wonderful document of a very special evening should be in every household worldwide to be watched time and again. 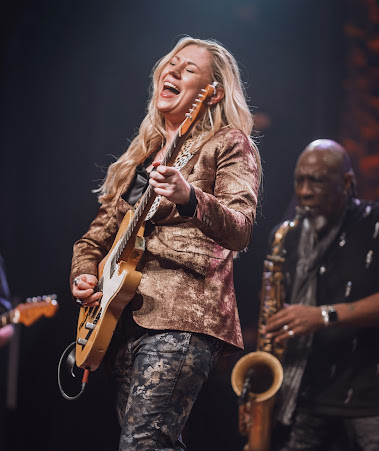 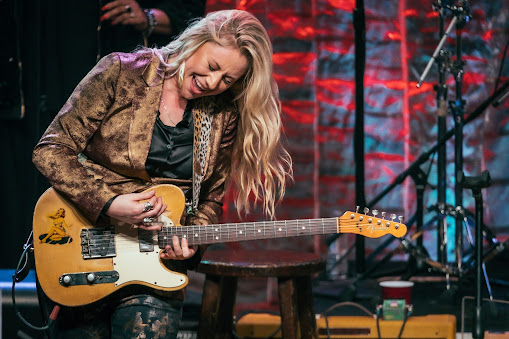 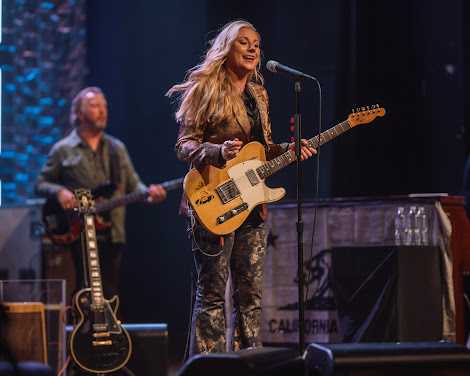 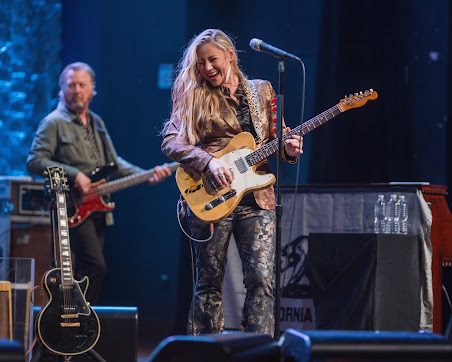 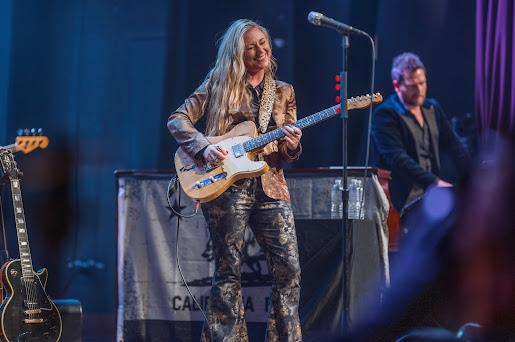 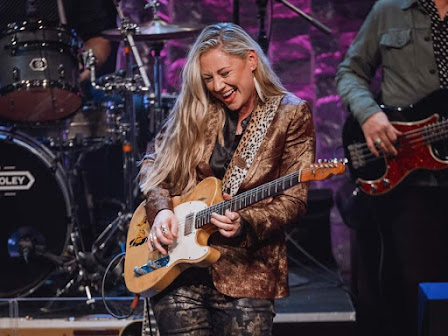 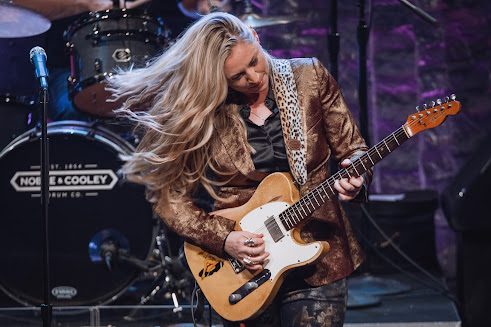