Bernie Marsden - Back In The USA

Hot on the heels of Bernie Marsden releasing two chart topping albums in 2021, SONY MUSIC PUBLISHING have been quick to re-secure his exclusive writing services.
This continues Bernie’s relationship with Sony, who already publish his songs from the classic Whitesnake era, but have always been keen to represent any new work from the in demand so and guitarist. Of the deal, Bernie said he is “Very pleased to be signing a new extension of my Sony Music UK publishing contract. Looking forward to new adventures”. Many will know Bernie Marsden for being a founder member of Whitesnake, who, alongside David Coverdale, wrote the global smash “Here I Go Again” and many other huge hits. Since then his songwriting skills have been in high demand, collaborating with artists as diverse as Joe Bonamassa, Elkie Brooks and Andy Taylor of Duran Duran.  His first album on seven years, KINGS reached #1 in the Amazon Blues Chart, #18 in the UK OCC Album Sales Chart and gained fantastic reviews and accolades following its release in July last year. The follow up CHESS closely matched this success when released before Christmas 2021. Bernie has also made a fascinating short video about his recording of Chuck Berry’s ‘Back In The USA’, which is featured on CHESS. In the film, he talks about the massive influence and legacy that Chuck Berry has had on future generations.
Both KINGS and CHESS are part of the “Inspirations Series”, an ongoing sequence of albums released by Conquest Music where Bernie Marsden pays tribute to those whose music shaped his taste and guitar playing.  The third of these Inspirations albums is now complete and details will be announced shortly. 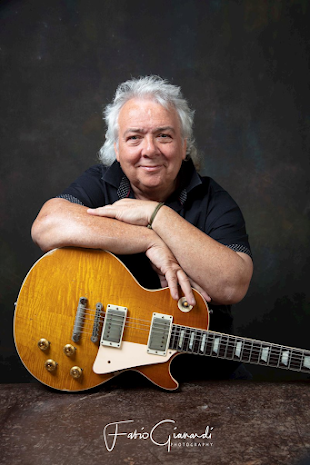