First up and a new one for me but not Nigel who accompanied me had seen him before and Toby Lee blew us both and the sizeable crowd away.

Backed with an experienced band of Oli Brown on guitar (Raveneye, Oli Brown &The Dead Collective) ,Tom Williams on bass and Wayne Proctor on drums ( King King ) Toby's set of 35 minutes flew past with the audience reaction increasing after every song.

Gren Light Girl  with it's stop start guitar riff and great chorus showed Toby possesses a melodic vocal range as well as being a guitar player extraordinaire with his fast fingered soloing a delight.

The Search For Happiness was a near 10 minute masterclass in dynamics with the ballad again showing off Toby's voice before leading to a lengthy guitar solo that took it down to a whisper and then built back up again. Toby showed great control and restraint and when to break free and his emotive slow soloing with held notes belied his tender years and at 17 the sky is the limit.

Ending with his cover of Jeff Healey's See The Light and leaving us wanting more as all good sets should.

Check out last year's Aquarius and his recently released Icons Volume 1 and watch him fly.

Joanne Shaw Taylor came on with the biggest smile ever and said Good Evening London and she had waited for over 2 years to say that as she had had retired for 2 years. Someone shouted out so have I Joanne.

For 100 minutes we were treated to set taken from across Joanne's career but with special emphasis on last year's ‘The Blues Album’ which topped Billboard’s Official Blues Chart and was produced by  Joe Bonamassa and Josh Smith. 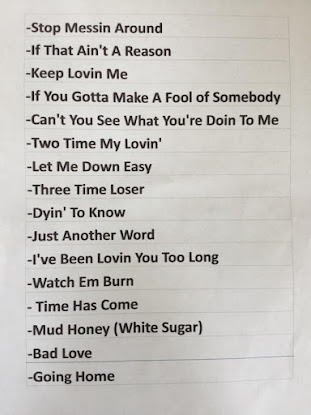 Backed by James Edmunds on drums, Dorian Ford on keys ,Michael Bradford on guitar  and Steve Lehane -on bass they were the rock that lets Joanne do her thing with one guitar solo from Michael and a couple of Hammond solo's from Dorian added in for good measure.

The Blues Album tracks come alive on stage with Joanne's personality shining through and opening with Stop Messin' Round ,If That Ain't A Reason and Keep Lovin' Me all was a stunning beginning with Joanne's guitar solo's full of wonderful tone as she attacks the guitar taking sound's out of it many can't match. She has developed into a world class talent and we watched open mouthed time and again as each solo took it up another notch.

Three Time Loser is another favourite with Joanne showing her voice is another world class instrument with great melody and phrasing too.

We had 2 tracks from 2019's Restless Heart album Bad Love and I've Been Lovin' You Too Long which we in the UK sadly never got to see performed due to Covid and both tracks shined with Joanne still grinning from ear to ear at the return of live music.

As the set closed we delved deep into Joanne's back catalogue back to her debut Time Has Come and the encore of Going Home and also from The Dirty Truth we had Mud Honey and judging from the reaction around us there were a lot of long time Joanne fans in attendance.

Bexhill on the 29th and Coventry on the 30th finish off this short run of dates in the UK and get yourself along for a memorable night asap. 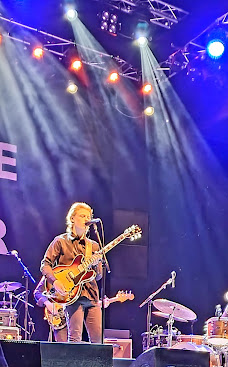 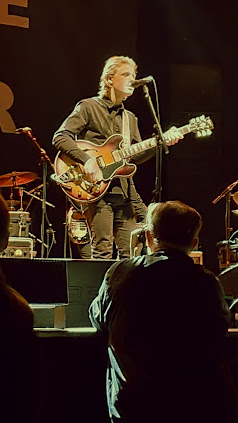 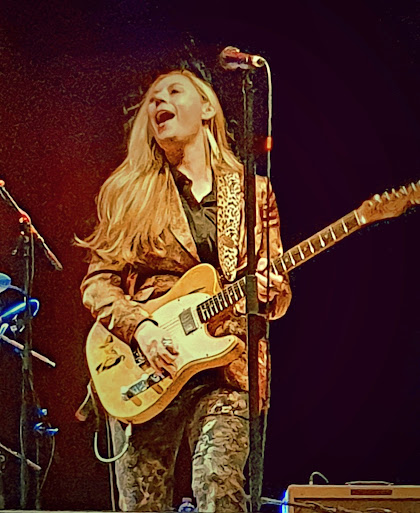 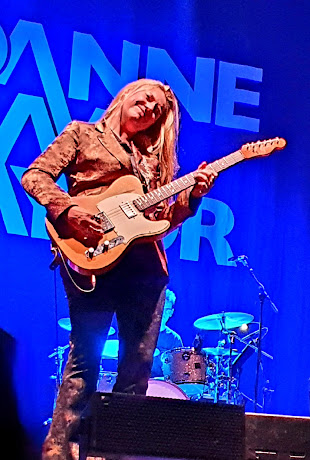 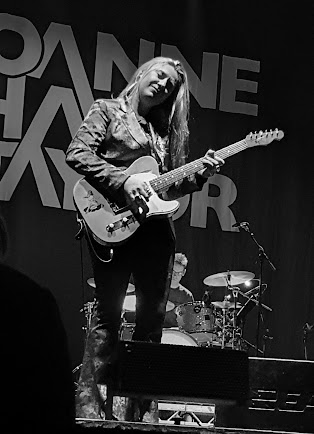 Pictures credited to  Nige Robins Photography and used with thanks.