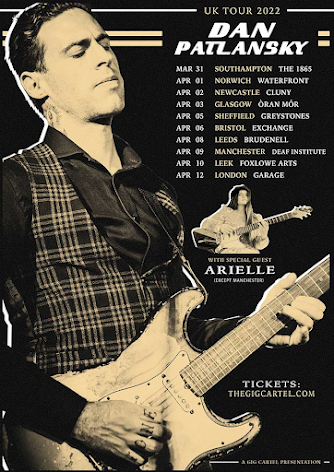 Last week it was feeling like summer. Today it wasn't. After a day of snow showers as we arrived in Southampton the wind was biting in off the sea.

Inside luckily for us was Arielle bringing with her a dose of California. Back in the UK after supporting Beth Hart in the Autumn acoustically she had brought Devon North on bass with her to add to the mix.

Small in stature but big in voice and talent she started with Voices In My Head and the duo worked well together with Arielle's voice full of melodic intent and her picked electric guitar tones impressed with excellent soloing too.

From her 2021 album Analog Girl In A Digital World she played Your Still A Man with it's lyrics bringing a smile to many faces before her paen to her love for our country I'd Rather Be In England.

Ending with Tears For Fears Everybody Wants To Rule The World she left to great applause and would love to see her with an electric show next time.

Dan Patlansky was a regular and much loved performer in the UK pre Covid and his joy at being back in the UK playing live music was there for all to see as was ours too.

I had read in a recent interview that Dan had toured South Africa recently after the release of his new album Shelter Of Bones with his band but in the UK he has another band and after a days rehearsal my only word to use is WOW.

Tom Swann on bass and drummer Ben Matthews seamlessly work in, around and under Dan and are the base for him to do his thing and some of the band interplay was mesmerising and will only grow evermore as the UK tour progresses.

An instrumental with Dan and the band on fire starts the show with Dan already showing his god given talents have only grown in the Covid absence from stage with lengthy solo's and his fingers a blur. Next up was Soul Parasite from the new album with it's big riff and great chorus showing off  Dan's vocal talents and the lyrics show he writes about things that matter to all of us with this being about soul-crushing political leaders in charge of our modern world.

Also off the new album we have Bad Soul with it's taut riff and driving rhythm seeing heads moving in the front row before Dan tell's us that Lost is about when his wife was ill and they were unsure of how it was going to work out and the dark place he went to. Thankfully his wife is now recovered and we have a personal song that sees Dan dig deep with emotional vocals and guitar playing with a beautiful solo too.

Backbite off 2014 's Dear Silence Thieves album was a welcome addition with it's biting guitar riff and superb solo before Stop The Messin' from 2016's Introvertigo album took us off on another tangent with it's stop start guitar riff and big chorus. A fantastic live song showing off the band interplay and Dan's guitar solo a thing of beauty too.

Back to the new album and taking it down a notch for I'll Keep Trying with Dan's melodic vocal impressing and his delightful soloing showing that when the band ease up the music shines ever brighter before Hounds Loose kicks even harder after the earlier ballad.

A Stevie Ray Vaughn tribute ended the main set and as Dan said with Stevie being his biggest idol he wasn't sure why he hadn't done it before and we all agreed as the medley showed off Dan's talents to great effect.

A fantastic evening and with the tour stretching out across the UK for the next 10 days or so get along and immerse yourself in live music of the finest quality. 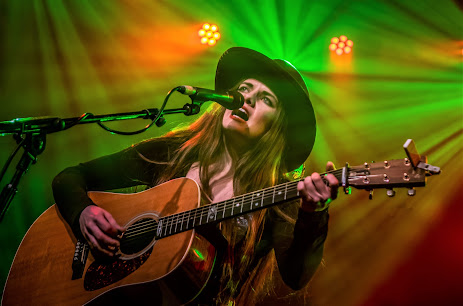 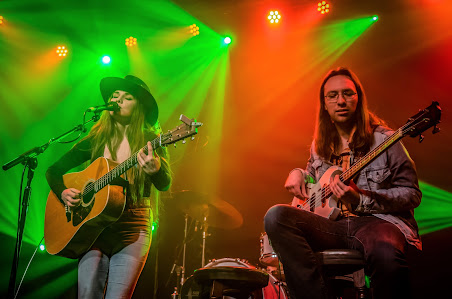 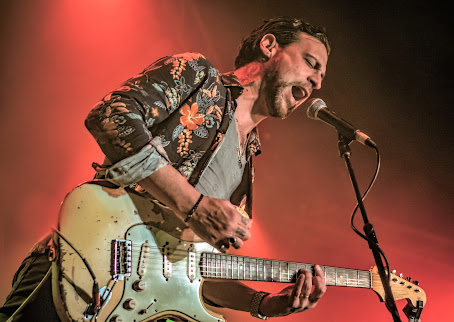 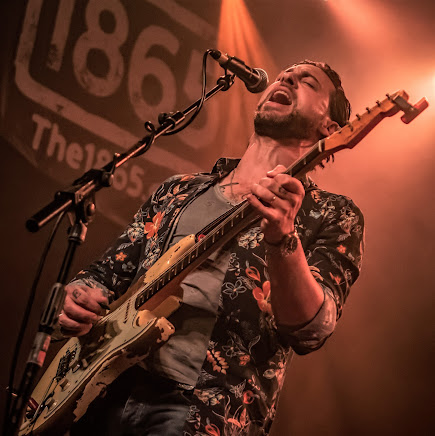 All photos credited to Will Carter and used with thanks.

Arielle is special guest on all shows (*except Manchester)