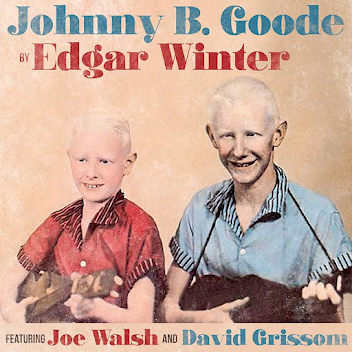 January 7, 2022 - Today Quarto Valley Records proudly announces the April 15, 2022, release of Brother Johnny, a tribute to the legendary blues guitarist created by his brother Edgar Winter. The album is a powerful sonic journey, traveling the course of Johnny’s musical life, impeccably directed, as only his brother Edgar could.

The guitar-driven album celebrates the expansive styles Johnny was known for - the 17 tracks were carefully curated by Edgar and producer Ross Hogarth to represent Johnny’s evolution as an artist, honoring his great legacy while also incorporating a personal tribute from brother to brother, and for which Edgar penned two new songs.

The project has been years in the making, Edgar was first approached about it just after his brother passed away on July 16, 2014. Johnny had just played the Cahors Blues Festival in France, which was destined to become his last show. He had traveled to Switzerland where his next show was scheduled, but he passed away in his sleep at the hotel in Zurich before he ever got the chance. 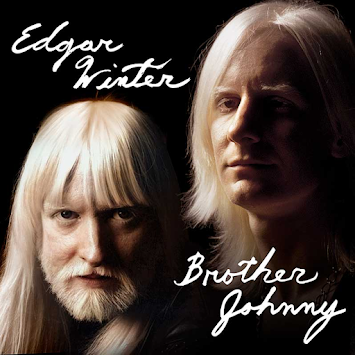 Edgar reflects, “Many people immediately started trying to convince me to do a Johnny Winter tribute album. But I was totally devastated, and the timing just didn't feel right to me. It wasn’t until after I completed the Rock ‘N’ Blues Fest, a tour we were meant to do together with our respective bands, that the idea of a tribute record started to take form.”

Edgar explains, “I had naturally expected the whole thing to be cancelled. But much to my surprise, the promoters begged me to go on with the tour as planned, asking me to headline. The first night, after playing "Frankenstein", I closed the show with "Johnny B. Goode", "Rock and Roll, Hoochie Koo", and "Jumpin' Jack Flash", dedicating the end of the set to Johnny.

“I had anticipated the tour to be very emotional, perhaps sad, and possibly difficult, but playing those songs turned out to be a great source of strength and comfort to me. Everyone on the tour was so kind and supportive, getting up to jam, and it became a kind of tradition. There was such an overwhelming outpouring of love and respect for Johnny, I began to realise it was not just business people sensing an opportunity here; it was Johnny's true, loyal, and devoted fans and our fellow musicians, many of whom are on this record, who wanted to see this happen as well. 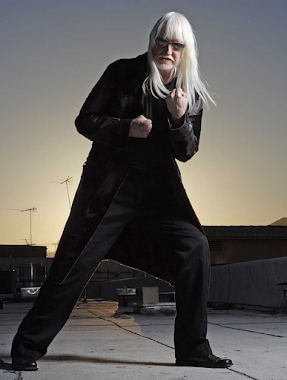 “After the tour, and over the following years as talk of a tribute album continued, my wife Monique, whose intuition I trust more than my own, said, “I think you have to make this album, both for Johnny, for yourself, and for the world. You owe that acknowledgement to your older brother. If it weren’t for him, you wouldn’t be where you are today. There’s no need to worry about it. If it’s meant to happen, it will.”

Soon after Edgar met Bruce Quarto, founder, and owner of Quarto Valley Records. It was his boundless enthusiasm and devotion to classic rock, the blues, (and Johnny in particular) that convinced Edgar the time for this tribute album had finally come.

“Quarto Valley Records is honoured to be releasing Edgar’s tribute to his brother Johnny,” said Bruce Quarto. “An album as remarkable in its musicianship as it is in the depth of feeling that comes through in each and every note of each and every song. The superhuman artistry and inspiration you hear in the new interpretations of some of Johnny’s signature songs, like ‘Hootchie Koo’ and ‘Alive and Well,’ are matched only by Edgar’s original and very personal, ‘End of the Line,’ which strikes a very human chord. The album is nothing short of a masterpiece. Enjoy!” 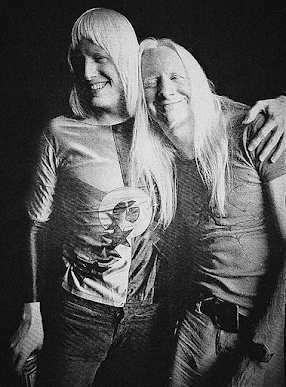 This announcement comes with the release of “Johnny B. Goode,” a perfect fit not only in name but in sentiment, and a song that remained a standard in Johnny’s sets right up to the very end. The opening rips right out of the speakers - that infamous guitar line along with Edgar’s smokin' piano - followed by roaring vocals from Edgar and Joe Walsh. Joe does the vocal honors on this one, leaving his legendary guitar work for a personal favorite called “Stranger” (featuring Michael McDonald, with Ringo Starr on drums).

The signature guitar is masterfully delivered by fellow Texan David Grissom, who strikes the perfect balance between Chuck Berry’s classic riffs and Johnny’s wild Winter whirlwind of intensity. Edgar blows the house down with a Texas tornado of saxophone accompanied by thunder and lightning from Bob Glaub on bass, Gregg Bissonette on drums, and additional vocals by Phil X.

Edgar writes in his liner notes. “To this day, when I think of Rock 'n' Roll, I think of Chuck Berry and "Johnny B. Goode". It's not only Johnny's story, but also every kid's story who ever picked up a guitar, coming from humble beginnings with the idea of making it big someday. So of course, it has to be on this album.” (For the full story see below). 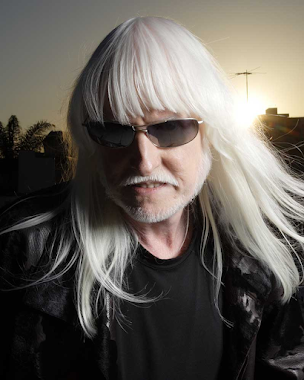 Brother Johnny was produced by Edgar Winter and Ross Hogarth. All the basic tracking was done at Capitol Studios. Most of the guest artist performances were recorded at Infinitespin Records, and as the pandemic progressed, were done at various guest artist’s studios. the record was mixed by Ross at his studio The Boogie Motel.

Edgar sums up reminiscing in his notes, “When I was very young, I can still remember thinking ... no matter how much time goes by, how old I get, what happens in my life, or how far I end up from home - there is one person in this world I know will always understand what I've been through, how I feel. And that person is my brother Johnny. As kids, we were inseparable, much closer than average brothers. Not only did we learn to play music together, but because we were both albino, we shared a unique personal perspective on life different than anyone else's.

“So much has happened to both of us since then, but one thing will always remain the same ... that bond, of brotherhood, of family, of music, and of Love. So, in his name, I dedicate this album. "Brother Johnny”.

Edgar added, “My deepest and most profound thanks to all the great, fantastic, amazing artists for their incredible heartfelt performances. You touched our hearts on behalf of Johnny and the Winter family.”

Brother Johnny will be available on CD, vinyl and digitally across all platforms on April 15, 2022. 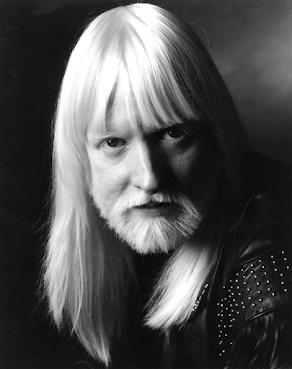 About this version of "Johnny B. Goode", from Edgar Winter’s Liner Notes:

“Now there’s a story behind every song on this album, but this next one is really special. As just little kids growing up in Beaumont, Texas—Johnny and I started early, but our first big break came with this local talent contest that was the biggest thing in the area. It was called "The Johnny Melody Contest", and first prize was the chance to make your own record. I guess I was 11 or 12, and Johnny about 14 or 15. We had our very first band called "Johnny and the Jammers" and the best song we knew was "Johnny B. Goode." So, we entered, we went on, we played it, we won, and went on to make our first record (a song Johnny wrote called “School Day Blues”— and as they say, the rest is history.So, if it hadn't been for that song, who knows? To this day, when I think of Rock 'n' Roll, I think of Chuck Berry and "Johnny B. Goode". It's not only Johnny's story, but also every kid's story who ever picked up a guitar, coming from humble beginnings with the idea of making it big someday. So of course, it has to be on this album.

I had this dream of singing the song with my friend, the great Joe Walsh. Joe and I go way back to the 70s playing shows together when he was in the James Gang. Joe was up for doing the vocals, so we went to his place and recorded at his home studio. I got him to sing the second verse and do the harmonies on the “Go Johnny Go” choruses, and just like that, my dream came true. Thank you, Joe, for taking time from your busy schedule with the Eagles and your radio show to do this special duet. It reminded me of when Johnny and I used to sing it together and felt just like old times.

There is also some rockin’ guitar work by a fellow Texan named David Grissom (suggested by Ross Hogarth, our engineer, mixer, and producer). It fits perfectly with the Rock-house Boogie style piano I had put on it earlier. What I Love is that you can hear both Chuck Berry and Johnny Winter in the way he played it. Thanks, David. You really got it, rockin', Big Time Johnny Texas Style!”